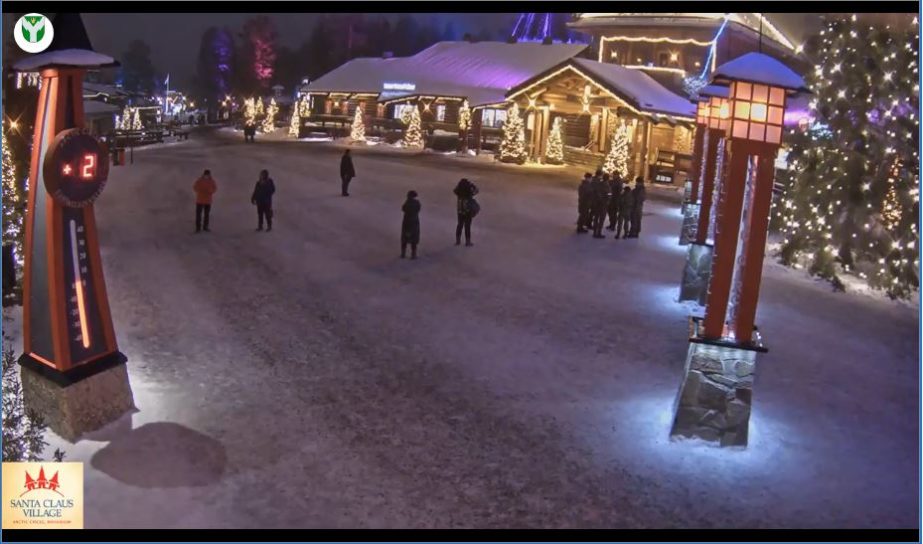 Visitors officially enter the Arctic area when they cross the line. The line is a very popular photo spot for visitors.

Santa’s House of Snowmobiles: A museum about the history and evolution of snowmobiles in the Arctic areas.

Northern Lights: also known as Aurora Borealis. The Northern Lights are observed on around 150 nights in a year from mid-August till early April. The Arctic Garden and the top of Ounasvaara fell are the best destinations to witness Northern Lights. According to science, it is caused by electrically charged particles from the sun colliding with air molecules in Earth’s atmosphere, and deflected by Earth’s magnetic field. This process results in emission of colourful light, visible at night. Green is the most common colour in this process, while red, pink, violet, yellow, and even blue may be observable too.