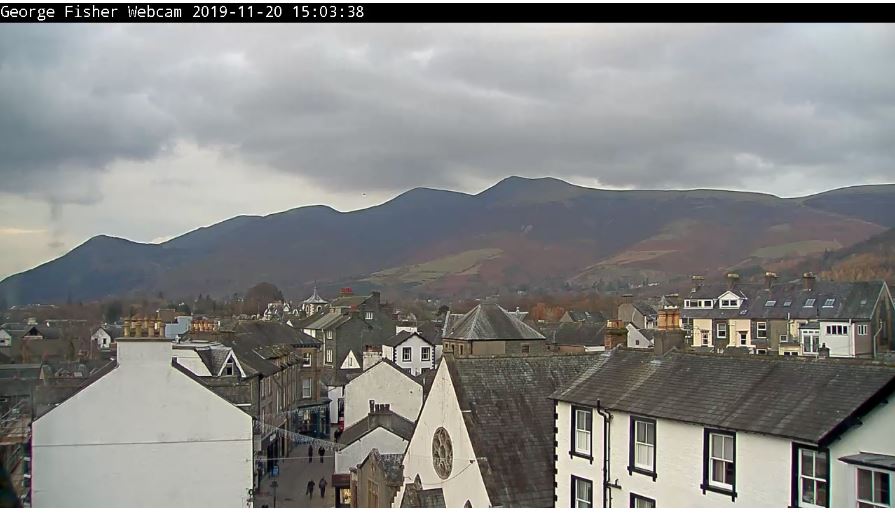 Keswick is an English market town and a civil parish, historically in Cumberland, and since 1974 in the Borough of Allerdale in Cumbria. Lying within the Lake District National Park, Keswick is just north of Derwentwater and is 4 miles (6.4 km) from Bassenthwaite Lake. It had a population of 5,243 at the 2011 census.

There is evidence of prehistoric occupation of the area, but the first recorded mention of the town dates from the 13th century, when Edward I of England granted a charter for Keswick’s market, which has maintained a continuous 700-year existence. The town was an important mining area, and from the 18th century has been known as a holiday centre; tourism has been its principal industry for more than 150 years. Its features include the Moot Hall; a modern theatre, the Theatre by the Lake; one of Britain’s oldest surviving cinemas, the Alhambra; and the Keswick Museum and Art Gallery in the town’s largest open space, Fitz Park. Among the town’s annual events is the Keswick Convention, an Evangelical gathering attracting visitors from many countries.

Keswick became widely known for its association with the poets Samuel Taylor Coleridge and Robert Southey. Together with their fellow Lake Poet William Wordsworth, based at Grasmere, 12 miles (19 km) away, they made the scenic beauty of the area widely known to readers in Britain and beyond. In the late 19th century and into the 20th, Keswick was the focus of several important initiatives by the growing conservation movement, often led by Hardwicke Rawnsley, vicar of the nearby Crosthwaite parish and co-founder of the National Trust, which has built up extensive holdings in the area.