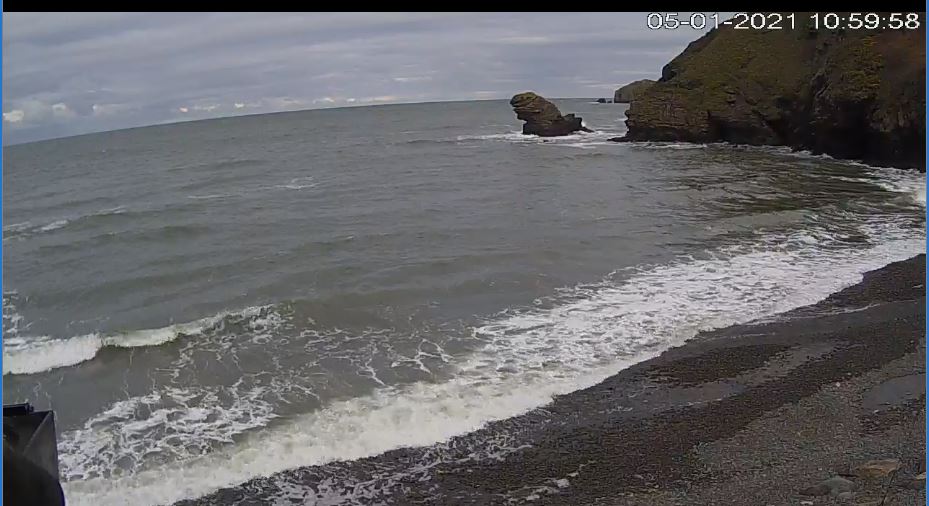 The large rock between Llangrannog and Cilborth Beaches is Carreg Bica, a stack of Ordovician rock weathered by the sea, one of many along the coastline.

A large piece of Carreg Bica fell away some years ago.

An RNLI lifeguard service is provided. Two streams flow down the beach to the sea – the Hawen and the smaller Nant Eisteddfa.

There is a waterfall on the Hawen, known as Y Gerwn. Located within the community is the tiny island of Ynys Lochtyn.