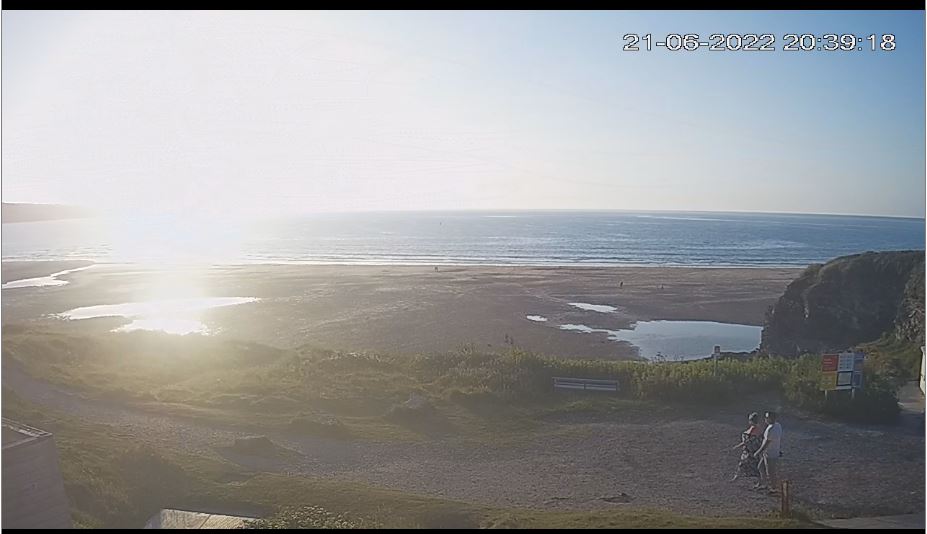 At the most southerly point of St Ives Bay, the River Hayle flows into the sea through sand dunes and across the beach. Behind the dunes, the river forms a broad tidal estuary which includes an area of salt marsh and a largely disused port.

The estuary is a popular place for birdwatching and the Royal Society for the Protection of Birds maintains a reserve there.

The eastern coast of the bay is a three-mile (5 km) unbroken sandy beach backed by a substantial system of coastal dunes known as The Towans which stretches from Porth Kidney Sands in the west to Godrevy Head in the east.

This stretch of beach is popular for surfing, particularly in the Gwithian area.

The western side of the bay is on higher ground and is more densely inhabited with substantial settlements at Lelant, Carbis Bay and St Ives. The western coast of the bay is rockier with several small beaches separated by headlands.

The Stones reef lies about one mile north-west of Godrevy Head and presents a hazard to navigation – the lighthouse on Godrevy Island warns mariners of the danger. Inshore hazards include the strong tidal stream around Godrevy Island and the tidal current at the mouth of the River Hayle.