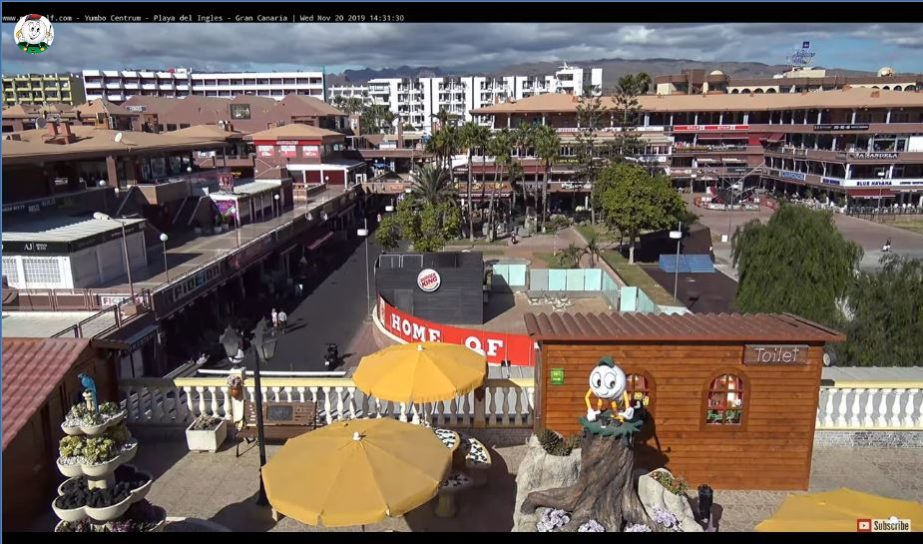 Panoramic live cam set in the Yumbo Centre (Spanish: El Centro Comercial Yumbo) is a shopping centre on the island of Gran Canaria in the Canary Islands. It is situated in the tourist resort of Playa Del Ingles, between Avenida de Tirajana and Avenida de España. With 20,000 square meters housing more than 200 bars, restaurants, and shops spread across four floors, it is the go-to place for leisure when in town.

Playa del Inglés is a sea resort in the south coast of the island of Gran Canaria. It is part of the municipality of San Bartolomé de Tirajana, and is a popular tourist attraction. The resident population was 7,515 in 2013. There is some dispute upon the origin of the resort’s name.