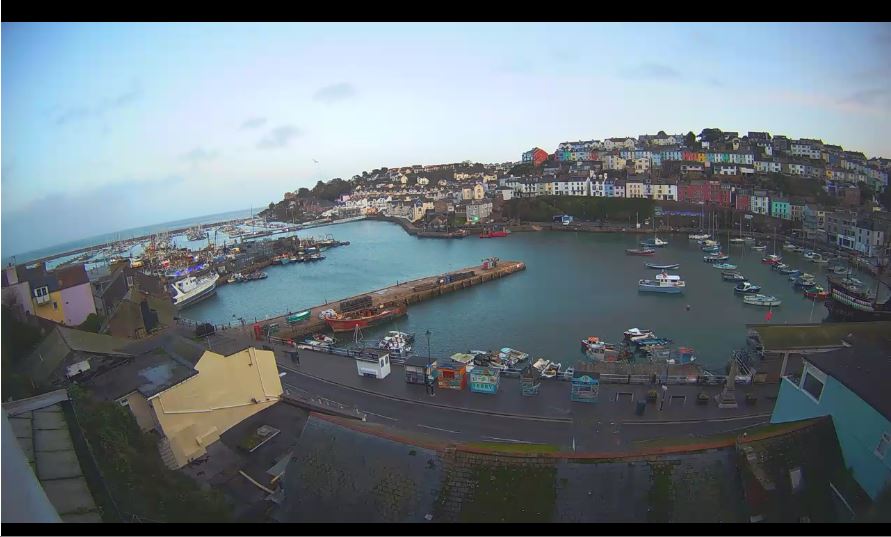 Brixhamis a small fishing town and civil parish in the district of Torbay in the county of Devon, in the south-west of England. Brixham is at the southern end of Torbay, across the bay (Tor Bay) from Torquay, and fishing and tourism are the major industries of the town. At the time of the 2011 census it had a population of 16,693.

It is thought that the name ‘Brixham’ came from Brioc’s village. ‘Brioc’ was an old English or Brythonic personal name and ‘-ham’ is an ancient term for home derived from Old English.

The town is hilly and built around the harbour which remains in use as a dock for fishing trawlers. It has a focal tourist attraction in the replica of Sir Francis Drake’s ship Golden Hind that is permanently moored there.

Historically, Brixham was two separate communities with only a marshy lane to connect them. Cowtown was the area on top of the hill where the farmers lived, while a mile away around the harbour was Fishtown where the fishermen and seamen lived. Cowtown, the St Mary’s Square area, is on the road leaving Brixham to the south west, in the direction of Kingswear, upon which stands a church built on the site of a Saxon original. The town holds a yearly pirate event which competes for the title of most pirates in one place and this draws visitors from far and wide.

King William III landed in England at Brixham on 5 November 1688 on his way to become king as part of the Glorious Revolution.

The Brixham webcam is located at the harbour, For more UK live cameras click here.