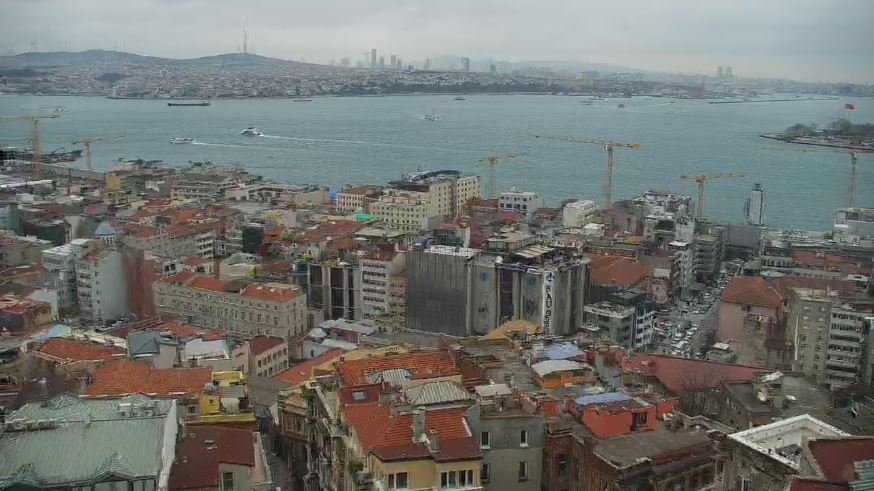 Istanbul Live Cam, the Galata Tower (Galata Kulesi in Turkish) — called Christea Turris (the Tower of Christ in Latin) by the Genoese — is a medieval stone tower in the Galata/Karaköy quarter of Istanbul, Turkey, just to the north of the Golden Horn’s junction with the Bosphorus. It is a high, cone-capped cylinder that dominates the skyline and offers a panoramic vista of Istanbul’s historic peninsula and its environs.

There is a restaurant and café on its upper floors which have views of Istanbul and the Bosphorus. Also located on the upper floors is a nightclub which hosts a Turkish show. There are two operating elevators that carry visitors from the lower level to the upper levels.