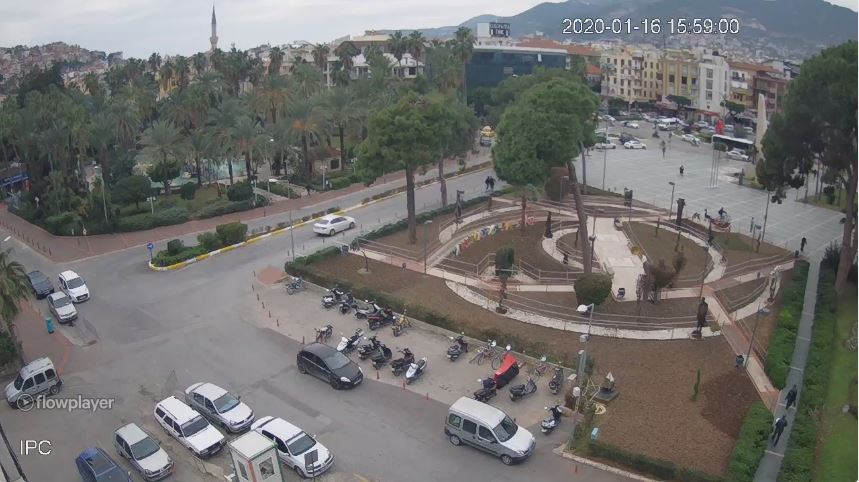 Alanya live cam Alanya is a beach resort city and a component district of Antalya Province on the southern coast of Turkey, in the country’s Mediterranean Region, 138 kilometres (86 mi) east of the city of Antalya. As of Turkey’s 2010 Census, the city had a population of 98,627, while the district that includes the city and its built-up region had an area of 1,598.51 km2 and 248,286 inhabitants.

Because of its natural strategic position on a small peninsula into the Mediterranean Sea below the Taurus Mountains, Alanya has been a local stronghold for many Mediterranean-based empires, including the Ptolemaic, Seleucid, Roman, Byzantine, and Ottoman Empires. Alanya’s greatest political importance came in the Middle Ages, with the Seljuk Sultanate of Rûm under the rule of Alaeddin Kayqubad I, from whom the city derives its name. His building campaign resulted in many of the city’s landmarks, such as the Kızıl Kule (Red Tower), Tersane (Shipyard), and Alanya Castle.

The Mediterranean climate, natural attractions, and historic heritage make Alanya a popular destination for tourism, and responsible for nine percent of Turkey’s tourism sector and thirty percent of foreign purchases of real estate in Turkey. Tourism has risen since 1958 to become the dominant industry in the city, resulting in a corresponding increase in city population. Warm-weather sporting events and cultural festivals take place annually in Alanya. In 2014 Mayor Adem Murat Yücel, of the Nationalist Movement Party unseated Hasan Sipahioğlu, of the Justice and Development Party, who had previously led the city since 1999.