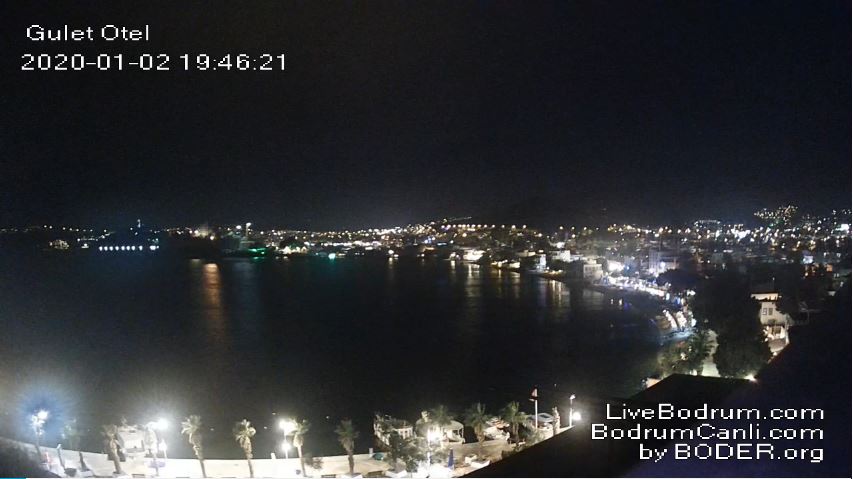 Bodrum Gulet Hotel Live Cam. Bodrum is a district and a port city in Muğla Province, in the southwestern Aegean Region of Turkey. It is located on the southern coast of Bodrum Peninsula, at a point that checks the entry into the Gulf of Gökova, and is also the center of the eponymous district. The city was called Halicarnassus (ancient Greek: Αλικαρνασσός) of Caria in ancient times and was famous for housing the Mausoleum of Mausolus, one of the Seven Wonders of the Ancient World. Built by the Knights Hospitaller in the 15th century, Bodrum Castle overlooks the harbour and the marina. The castle includes a museum of underwater archaeology and hosts several cultural festivals throughout the year. The city had a population of 36,317 in 2012. It takes 50 minutes via boat to reach Kos from Bodrum, with services running multiple times a day by at least three operators.