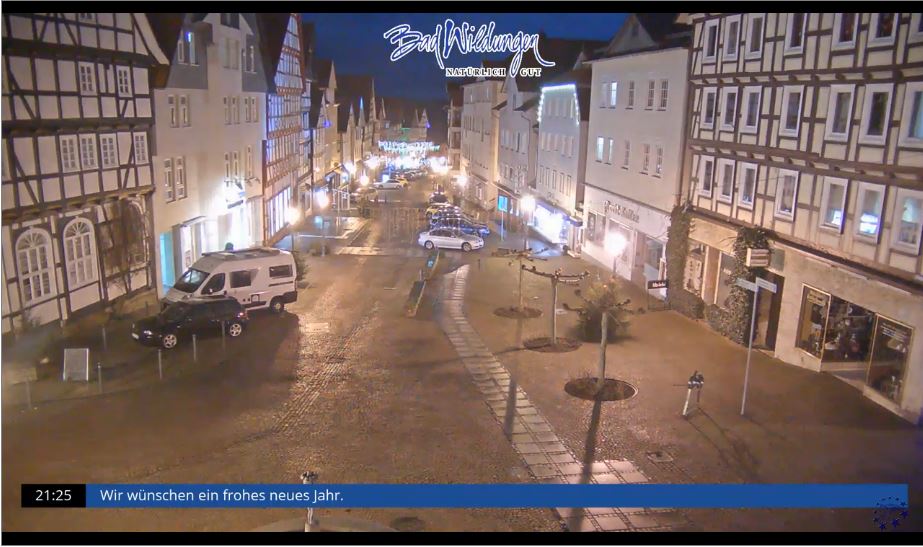 Bad Wildungen Live Cam, officially the City of Bad Wildungen (German: Stadt Bad Wildungen), is a state-run spa and a small town in Waldeck-Frankenberg district in Hesse, Germany. It is located on the German Timber-Frame Road. The Live Webcam shows a view of this beautiful picturesque City from the town hall

Bad Wildungen lies in the eastern foothills of the Kellerwald range in the so-called Waldeck holiday region, 11 km west of Fritzlar, and 35 km southwest of Kassel. The town, which spreads out east of the Homberg, is crossed by the river Wilde, which empties into the Eder at the constituent community of Wega. The constituent communities of Wega and Mandern lie on the Eder, on which also lies the Edersee, a reservoir lying only about 10 km northwest (in a straight line) of the main town of Bad Wildungen. The river Urff flows through the southwest constituent communities of Hundsdorf, Armsfeld and Bergfreiheit.