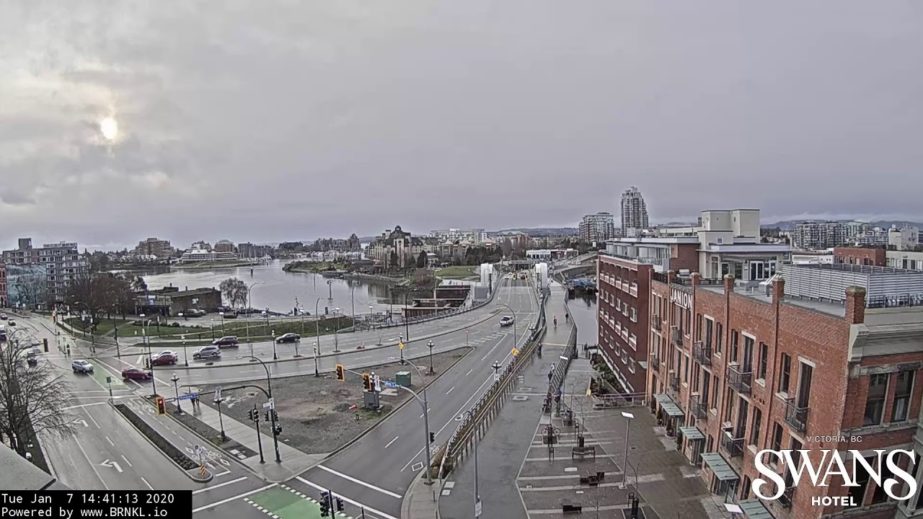 Victoria city live cam, Victoria is the capital city of the Canadian province of British Columbia, located on the southern tip of Vancouver Island off Canada’s Pacific coast. The city has a population of 85,792, and the Greater Victoria Area has a population of 367,770. Victoria is the 7th most densely populated city in Canada with 4,405.8 people per square kilometre, which is a greater population density than Toronto. The live webcam shows the view from the Swans Hotel.

Victoria is the southernmost major city in Western Canada, and is about 100 km (60 mi) from British Columbia’s largest city of Vancouver on the mainland. The city is about 100 km (60 mi) from Seattle by airplane, ferry, or the Victoria Clipper passenger-only ferry which operates daily, year round between Seattle and Victoria, and 40 km (25 mi) from Port Angeles, Washington, by ferry Coho across the Strait of Juan de Fuca.