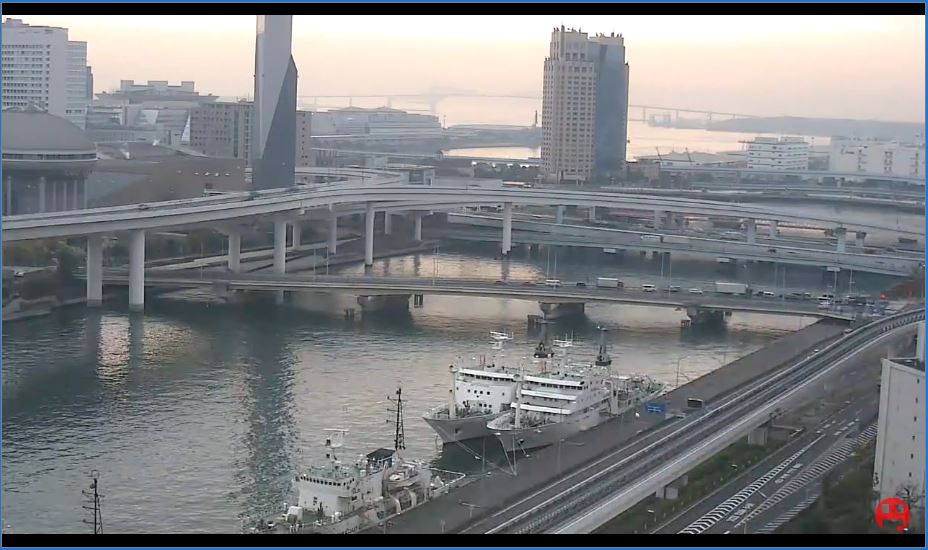 Rainbow Bridge live cam. The Rainbow Bridge is a suspension bridge crossing northern Tokyo Bay between Shibaura Pier and the Odaiba waterfront development in Minato, Tokyo, Japan. It was built by Kawasaki Heavy Industries, with construction starting in 1987 and completed in 1993. The bridge is 798 metres long with a main span of 580 metres.

The Rainbow Bridge carries three transportation lines on two decks. The upper deck carries the Shuto Expressway’s Daiba Route, while the lower deck carries the Yurikamome rapid transit system in the centre, walkways on the outer side, and Tokyo Prefectural Route 482 in-between. Route 482 was formerly a tolled road, but opposition to the toll led to its removal. Light motorcycles under 50cc are not permitted on either deck or the walkway of the bridge. Motorcycle pillion passengers are also banned.