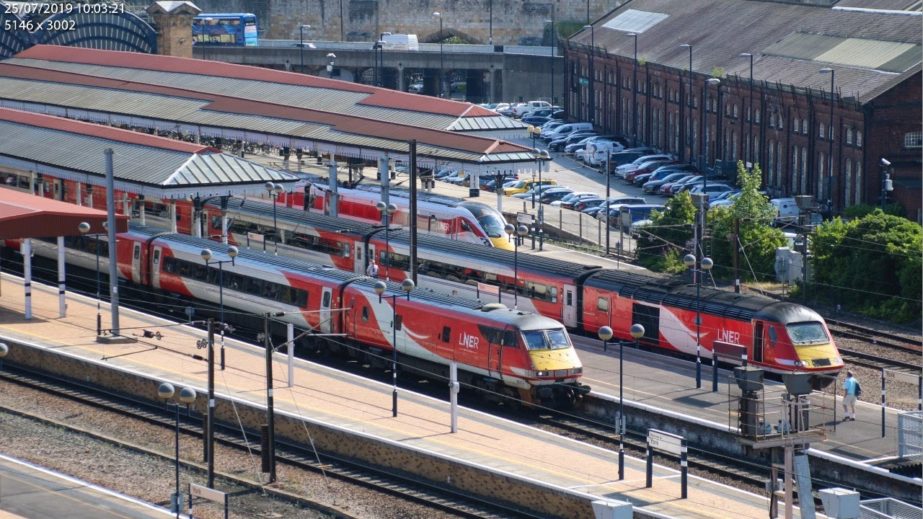 York railway station is on the East Coast Main Line in the United Kingdom, serving the city of York, North Yorkshire. It is 188 miles 40 chains (303.4 km) north of London King’s Cross and on the main line it is situated between Doncaster to the south and Thirsk to the north. As of June 2018 the station is operated by London North Eastern Railway.

York’s station is a key junction approximately halfway between London and Edinburgh. It is approximately five miles north of the point where the Cross Country and TransPennine Express routes via Leeds join the main line, connecting Scotland and the North East, North West, Midlands and southern England. The junction was historically a major site for rolling stock manufacture, maintenance and repair.

In Britain’s 100 Best Railway Stations by Simon Jenkins, the station was one of only ten to be awarded five stars.