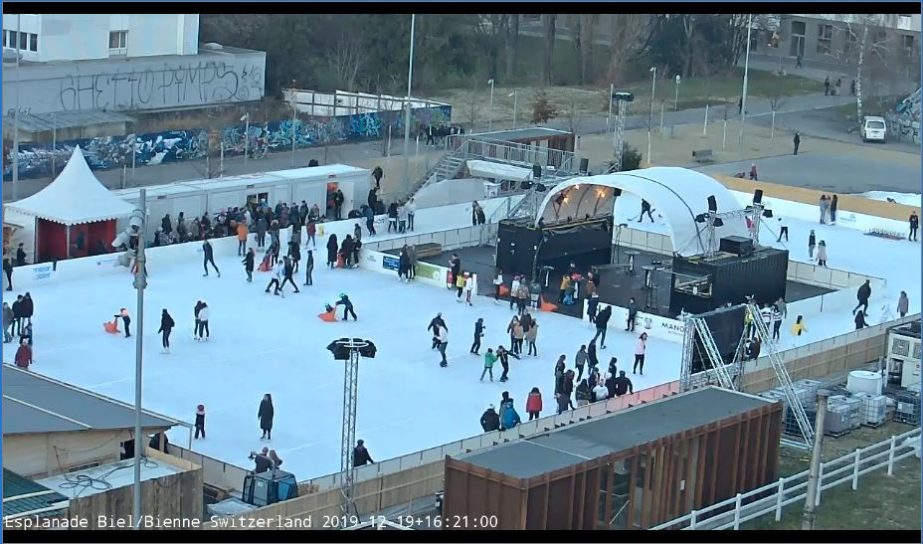 Biel/Bienne is a town and a municipality in the Biel/Bienne administrative district in the canton of Bern in Switzerland.

Live Cam Biel/Bienne lies on the language boundary between the French-speaking and German-speaking parts of Switzerland, and is bilingual throughout. Biel is the German name for the town, Bienne its French counterpart. The town is often referred to in both languages simultaneously. Since 1 January 2005, the official name has been “Biel/Bienne”. Until then, the town was officially named Biel.

The town lies at the foot of the first mountain range of the Jura Mountains area, guarding the only practical connection to Jura, on the northeastern shores of Lake Biel (Bielersee, Lac de Bienne), sharing the eastern tip of the lake with its sister town, Nidau. The towns Neuchâtel, Solothurn, and Bern (the capital of Switzerland) lie southwest, northeast and southeast of Biel/Bienne. They all can be reached in about 30 minutes by train or car.

In 2012 Biel/Bienne had about 55,000 inhabitants, and together with the surrounding district almost 106,000. The town has been an industrial and watchmaking heart of Switzerland since the 19th century.