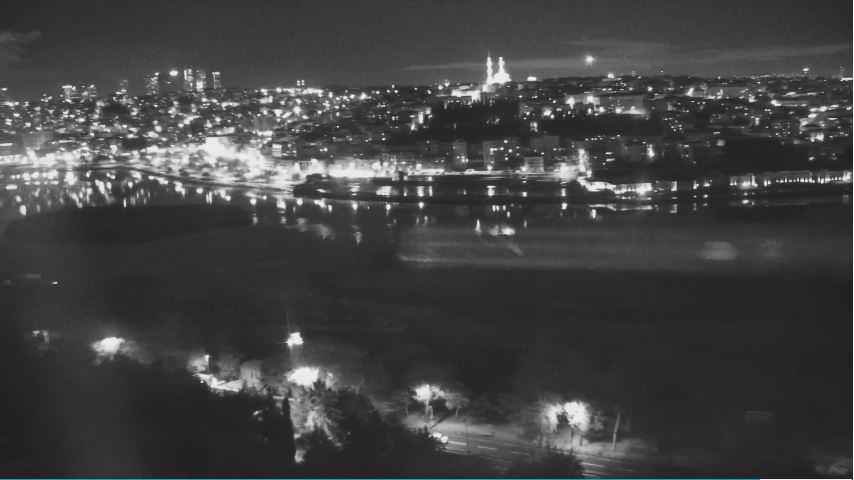 As a natural estuary that connects with the Bosphorus Strait at the point where the strait meets the Sea of Marmara, the waters of the Golden Horn help define the northern boundary of the peninsula constituting “Old Istanbul” (ancient Byzantium and Constantinople), the tip of which is the promontory of Sarayburnu, or Seraglio Point. This estuarial inlet geographically separates the historic center of Istanbul from the rest of the city, and forms a horn-shaped, sheltered harbor that in the course of history has protected Greek, Roman, Byzantine, Ottoman and other maritime trade ships for thousands of years.

While the reference to a “horn” is understood to refer to the inlet’s aerial silhouette, the significance of the designation “golden” remains more obscure, with historians believing it to refer to either the riches brought into the city through the bustling historic harbor located along its shores, or to romantic artistic interpretations of the rich yellow light blazing upon the estuary’s waters as the sun sets over the city. Its Greek and English names mean the same, while its Turkish name, Haliç, simply means “estuary”, and derives from the Arabic word khaleej, meaning “gulf”.

Throughout its storied past, the Golden Horn has witnessed many tumultuous historical incidents, and numerous works of art have depicted its dramatic vistas.