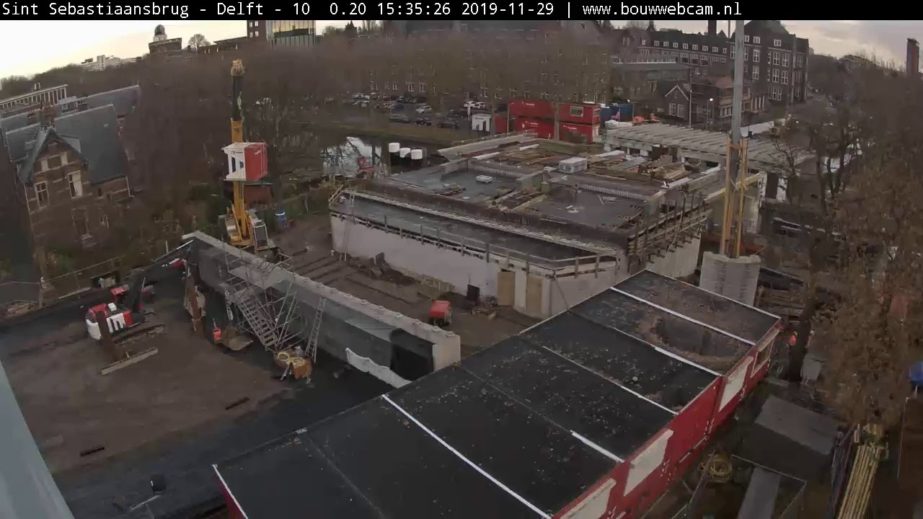 The Sint Sebastiaansbrug is a bascule bridge over the Rijn-Schiekanaal in the city of Delft , in the Dutch province of South Holland . The bridge is open to all road traffic and was built in 1963. The Sint Sebastiaansbrug is owned by the municipality, with the exception of the part of the bridge deck above the water, which is owned by the province of South Holland. The clearance width of the fixed and movable section is 10.50 m. The clearance height is 4.40 m (with NAP -0.40 m). There were (in 2006) 4 lanes, a bus lane and bicycle lanes.

Delft  is a city and municipality in the province of South Holland, Netherlands. It is located between Rotterdam, to the southeast, and The Hague, to the northwest. Together with them, it is part of both Rotterdam–The Hague metropolitan area and the Randstad.

Delft is a popular tourist destination in the country of The Netherlands. It is home to Delft University of Technology (TU Delft), regarded as center of technological research and development in the Netherlands, Delft Blue pottery and the currently reigning House of Orange-Nassau. Historically, Delft played a highly influential role in the Dutch Golden Age.Delft has a special place in the history of microbiology. In terms of science and technology, thanks to the pioneering contributions of Antonie van Leeuwenhoek and Martinus Beijerinck, Delft can be considered to be the true birthplace of microbiology, with its several sub-disciplines such as bacteriology, protozoology, and virology.