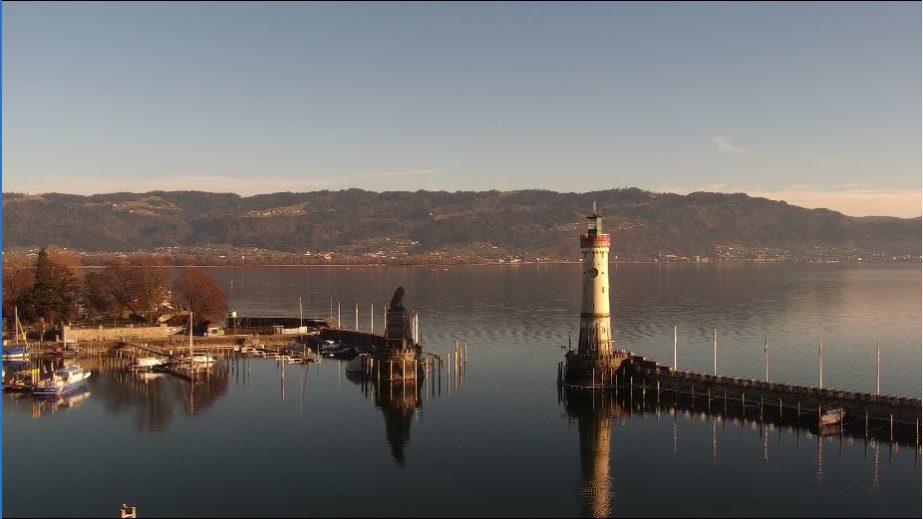 Lake Constance Live Cam, (German: Bodensee) refers to three bodies of water on the Rhine at the northern foot of the Alps: the Obersee or Upper Lake Constance, the Untersee or Lower Lake Constance, and a connecting stretch of the Rhine, called the Seerhein. These waterbodies lie within the Lake Constance Basin (Bodenseebecken), which is part of the Alpine Foreland and through which the Rhine flows. This stunning live webcam offers a great HD view of the lake at Lindau

The lake is situated where Germany, Switzerland, and Austria meet. Its shorelines lie in the German states of Bavaria and Baden-Württemberg, the Swiss cantons of St. Gallen, Thurgau, and Schaffhausen, and the Austrian state of Vorarlberg. The Rhine flows into the lake from the south, with its original course forming the Austro-Swiss border, and has its outflow on the Lower Lake where — except for Schaffhausen — it forms the German-Swiss border until the city of Basel.

The most populous cities on the lake are Constance (German: Konstanz), Friedrichshafen, Radolfzell am Bodensee, Bregenz, and Lindau (Bodensee). The largest islands are Reichenau in the Lower Lake, and Lindau and Mainau in the Upper Lake.