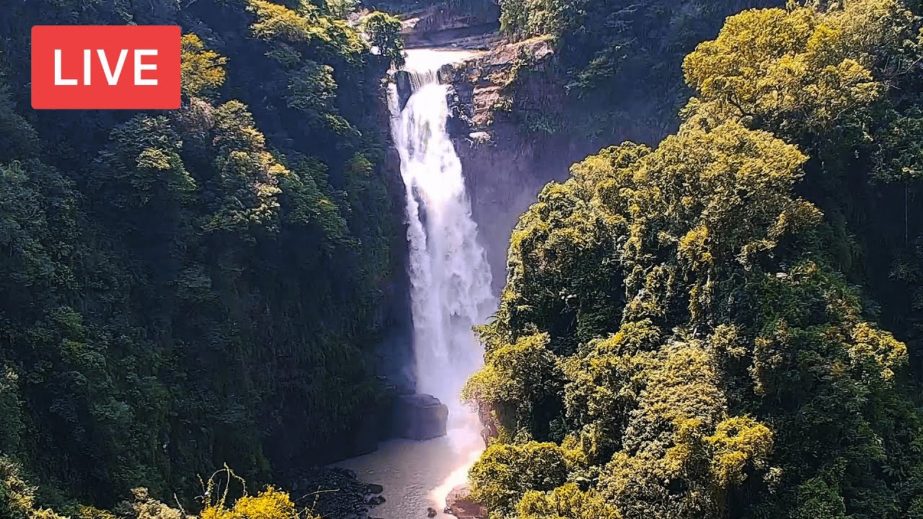 The Wulai Waterfall Live Cam, (Chinese: 烏來瀑布; pinyin: Wūlái Pùbù) is a waterfall in Wulai District, New Taipei, Taiwan. The height of the waterfall is around 80 meters.

New Taipei City is a special municipality and the most populous city in Taiwan. Located in northern Taiwan, the city includes a substantial stretch of the island’s northern coastline and surrounds the Taipei Basin, making it the second largest special municipality by area, behind Kaohsiung. New Taipei City is bordered by Keelung to the northeast, Yilan County to the southeast, and Taoyuan to the southwest. It completely surrounds Taipei. Banqiao District is its municipal seat and biggest commercial area. Until 2010, the area that roughly corresponds to the present New Taipei City was known as Taipei County.