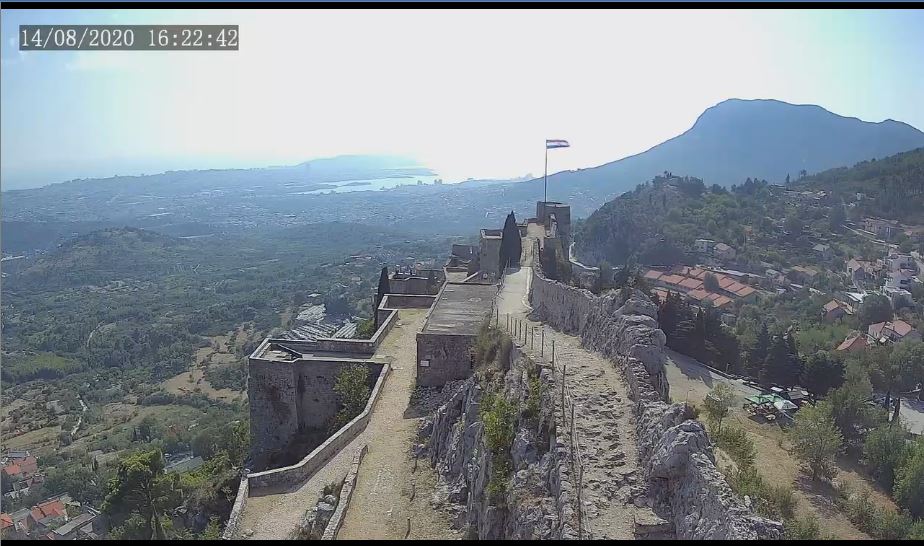 The Klis Fortress (Croatian: Tvrđava Klis) is a medieval fortress situated above a village bearing the same name, near Split, Croatia. From its origin as a small stronghold built by the ancient Illyrian tribe Dalmatae, becoming a royal castle that was the seat of many Croatian kings, to its final development as a large fortress during the Ottoman wars in Europe, Klis Fortress has guarded the frontier, being lost and re-conquered several times throughout its more-than-two-thousand-year-long history.

Due to its location on a pass that separates the mountains Mosor and Kozjak, the fortress served as a major source of defense in Dalmatia, especially against the Ottoman advance, and has been a key crossroad between the Mediterranean belt and the Balkan rear.