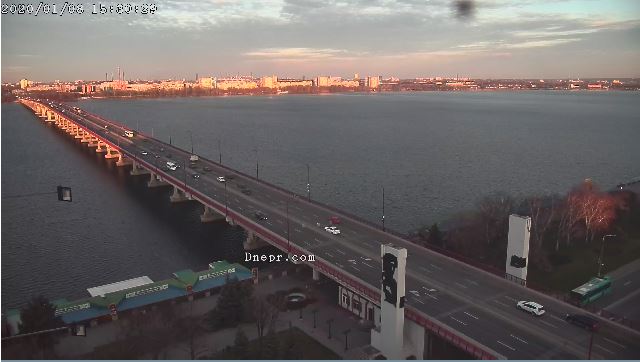 The Dnieper river live cam is one of the major rivers of Europe, rising in the Valdai Hills near Smolensk, Russia, before flowing through Belarus and Ukraine to the Black Sea. It is the longest river of Ukraine and Belarus and the fourth-longest river in Europe

Centralny Bridge is a key bridge over river Dnipro in the city of Dnipro, Ukraine connecting right and left banks of Dnipro and is a continuation of Slobozhanskyi prospekt that stretches over to the Dnipro city centre. Built in 1966, the bridge was originally named as the 50th Anniversary of the Great October.