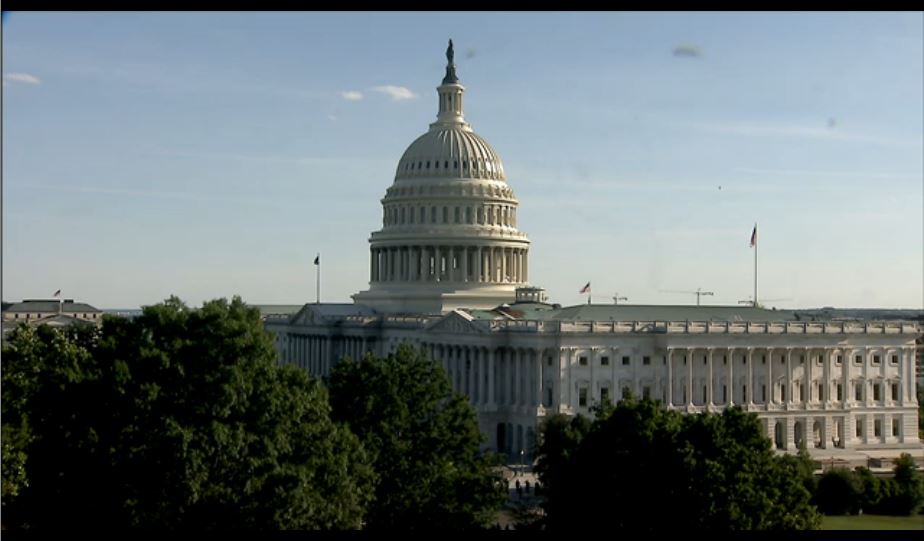 The United States Capitol, often called the Capitol Building, is the home of the United States Congress and the seat of the legislative branch of the U.S. federal government. It is located on Capitol Hill at the eastern end of the National Mall in Washington, D.C.. Though no longer at the geographic center of the Federal District, the Capitol forms the origin point for the District’s street-numbering system and the District’s four quadrants.

The original building was completed in 1800. Although the Capitol was temporarily rendered unusable as a consequence of the 1814 burning of Washington, the building was fully restored within five years. The building was later expanded, particularly with the addition of a massive dome, and expanded chambers for the bicameral legislature, the House of Representatives in the south wing and the Senate in the north wing.

Like the principal buildings of the executive and judicial branches, the Capitol is built in a distinctive neoclassical style and has a white exterior. Both its east and west elevations are formally referred to as fronts, though only the east front was intended for the reception of visitors and dignitaries.