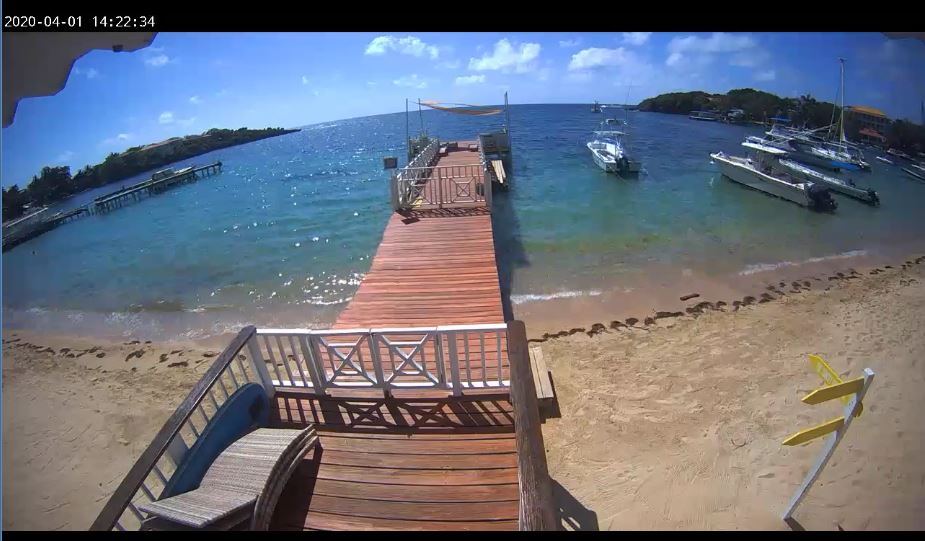 Beach house live cam. The island of Roatan is located 30 miles off the north coast of Honduras atop the worlds second largest coral reef. The reef attracts many fish, and is world known for scuba diving. Roatan is the largest of the Bay Islands at about 77 kilometres (48 mi) long, and less than 8 kilometres (5.0 mi) at its widest.

The island has a number of beaches, all of which are public. Originally an English colony, and later ceded to Honduras, Roatan has a mixture of english and spanish speaking natives. With two cruise ship ports, Roatan has become a cruise destination, and roads and beaches can be busy when ships are in port.

Prices for services may be higher when a ship is in. In recent years the island has experienced a lot of development and has a number of resorts along with more rustic accommodation as well. The western side of the island is the most populated and where most tourists stay, and the eastern side is more remote and isolated. Roatan has a warm climate with daytime temperatures between 80-90 year round.