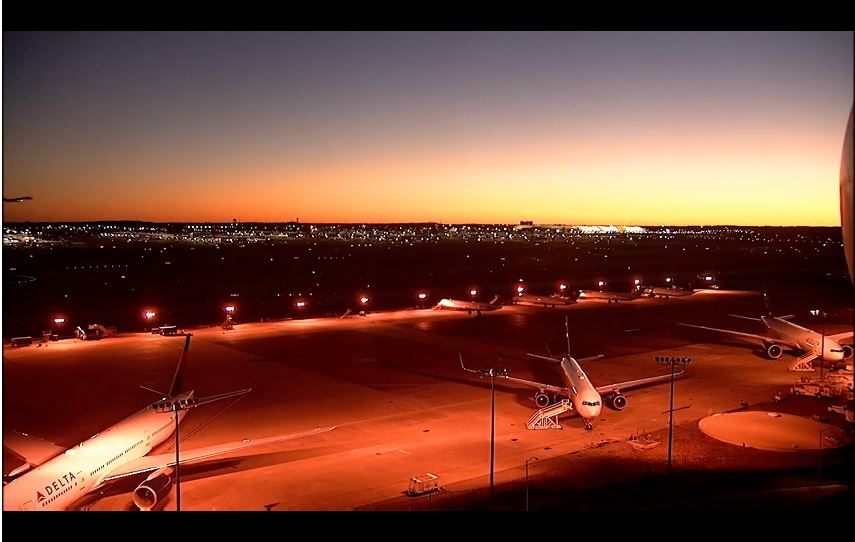 The airport has international service within North America and to South America, Central America, Europe, Africa and Asia. As an international gateway to the United States, Hartsfield–Jackson ranks seventh in international passenger traffic.Many of the nearly one million annual flights are domestic flights; the airport is a major hub for travel in the southeastern region of the country.

Hartsfield–Jackson is the primary hub of Delta Air Lines, and is a focus city for low-cost carriers Frontier Airlines, Southwest Airlines, and Spirit Airlines. With just over 1,000 flights a day to 225 domestic and international destinations, the Delta hub is the world’s largest airline hub. Delta Air Lines flew 75.4% of the airport’s passengers in February 2016, Southwest flew 9.2%, and American Airlines flew 2.5%. In addition to hosting Delta’s corporate headquarters, Hartsfield–Jackson is also the home of Delta’s Technical Operations Center, which is the airline’s primary maintenance, repair and overhaul arm.

The airport is mostly in unincorporated areas of Fulton and Clayton counties, but it spills into the city limits of Atlanta, College Park,and Hapeville. The airport’s domestic terminal is served by MARTA’s Red and Gold rail lines.