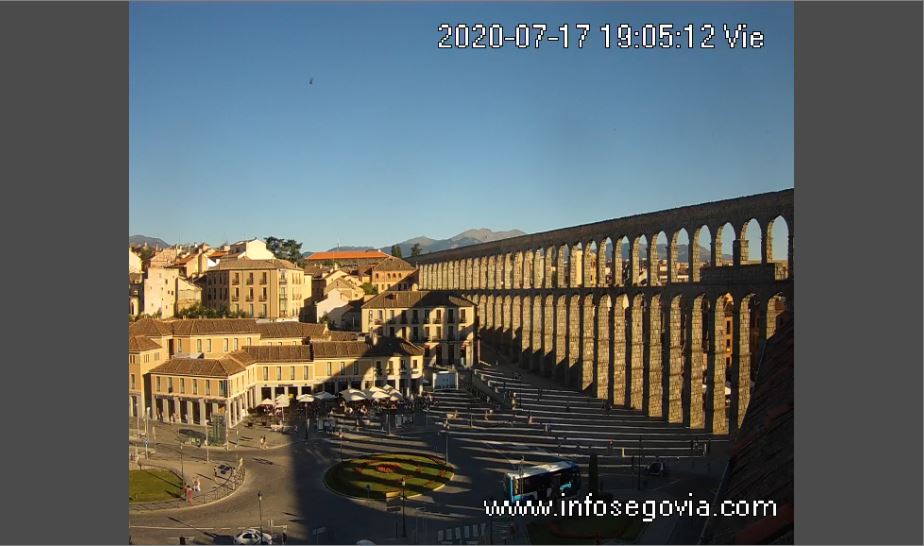 The aqueduct once transported water from the Rio Frio river, situated in mountains 17 km (11 mi) from the city in the La Acebeda region. It runs 15 km (9.3 mi) before arriving in the city.

The construction of the aqueduct follows the principles laid out by Vitruvius in his De Architectura published in the mid-first century BC.

The water was first gathered in a tank known as El Caserón (or Big House), and was then led through a channel to a second tower known as the Casa de Aguas (or Waterhouse). There it was naturally decanted and sand settled out before the water continued its route. Next the water traveled 728 m (796 yd) on a one-percent grade until it was high upon the Postigo, a rocky outcropping on which sits the walled city center with its Alcázar or castle.