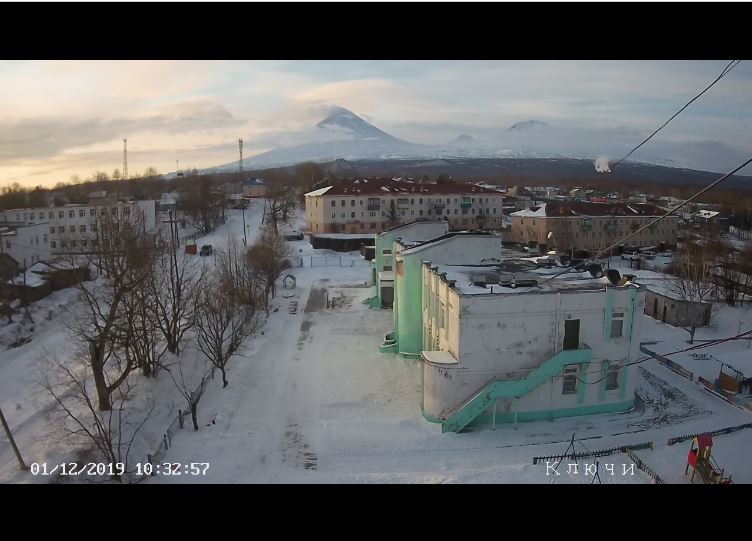 Klyuchi, being in a very isolated part of the former Soviet Union, has been near an intercontinental ballistic missile testing range since the Cold War, the Kura Missile Test Range, and is served by Klyuchi air base just southwest of the town. Klyuchi’s original airfield consisted of a dirt airstrip and was located 8 miles east-southeast of the town. It was abandoned in the 1960s and is being reclaimed by forest.