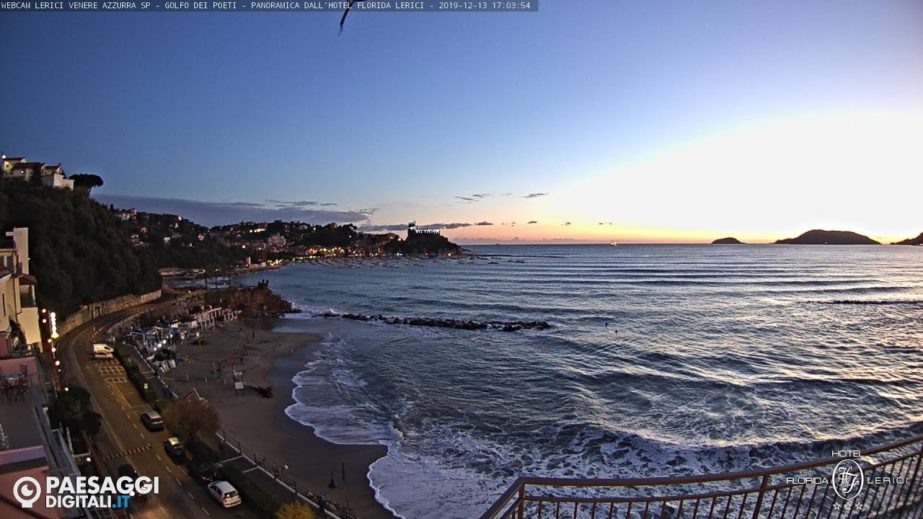 Venere Azzurra Beach Live Cam. The Italian Riviera, or Ligurian Riviera is the narrow coastal strip which lies between the Ligurian Sea and the mountain chain formed by the Maritime Alps and the Apennines. Longitudinally it extends from the border with France and the French Riviera (or Côte d’Azur) near Ventimiglia (a former customs post) eastwards to Capo Corvo (also known as Punta Bianca) which marks the eastern end of the Gulf of La Spezia and is close to the regional border between Liguria and Tuscany. The Italian Riviera thus includes nearly all of the coastline of Liguria. Historically the “Riviera” extended further to the west, through what is now French territory as far as Marseille.

It is famous for its particularly mild climate and relaxed way of life which, together with the charm of its old fishing ports and the beauty of its landscape, has made it a popular destination for travellers and tourists since the time of Byron and Percy Shelley.

Many villages and towns in the area are internationally known, such as Portofino, Bordighera, Lerici and the Cinque Terre.