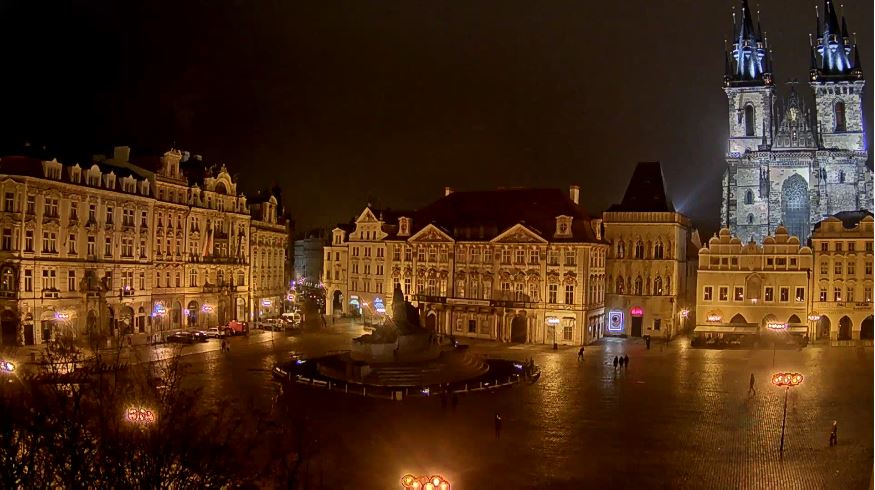 Prague Old Town Square Live Cam. The square’s center is home to a statue of religious reformer Jan Hus, who was burned at the stake for his beliefs in Constance. This led to the Hussite Wars. The statue known as the Jan Hus Memorial was erected on 6 July 1915 to mark the 500th anniversary of his death.

In front of the Old Town Hall, there is also a memorial to martyrs (including Jan Jesenius and Maxmilián Hošťálek) beheaded on that spot during the Old Town Square execution by Habsburgs, after the Battle of White Mountain. Twenty-seven crosses mark the pavement in their honour. The crosses were installed during the repairs of the Old Town Hall after the WW2, while a nearby plaque which lists the names of all 27 victims dates from 1911. Orthodox Czechs do not trample these crosses because for respect.

On 3 November 1918, a Marian Column that had been erected in the square shortly after the Thirty Years’ War was demolished in celebration of independence from the Habsburg empire.