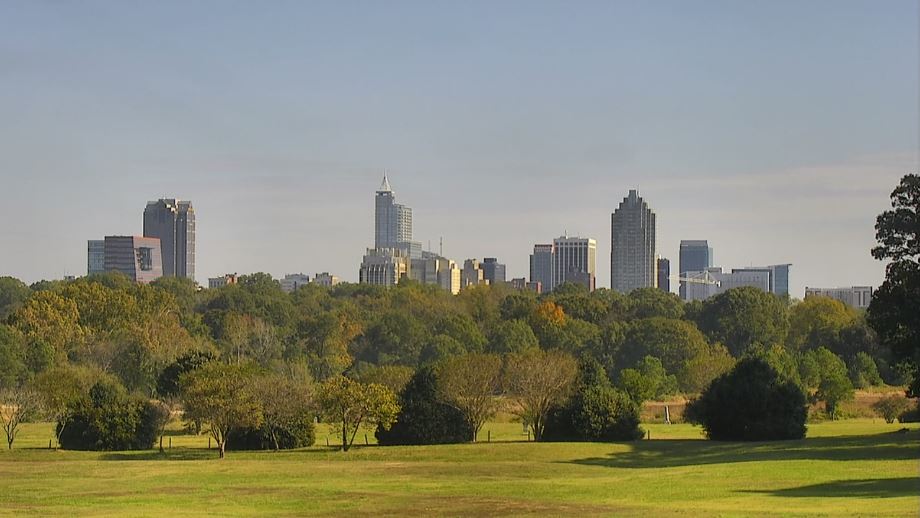 Raleigh is the capital city of North Carolina. It’s known for its universities, including North Carolina State University. The number of technology and scholarly institutions around Raleigh, Chapel Hill and Durham make the area known as the Research Triangle. The North Carolina State Capitol is a 19th-century Greek Revival–style building with a statue of George Washington dressed as a Roman general in its rotunda.