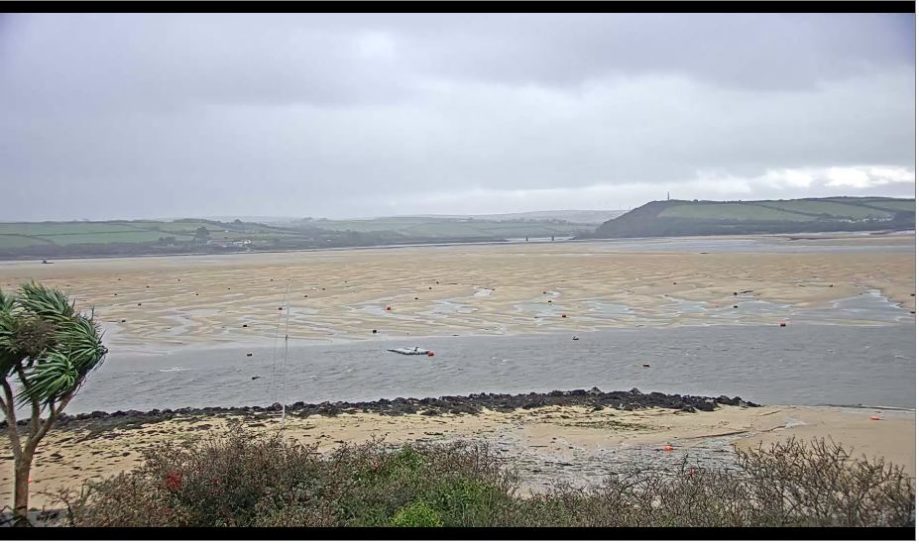 Rock (Cornish: Pennmeyn) is a coastal fishing village in Cornwall, England, United Kingdom. It is opposite Padstow on the north-east bank of the River Camel estuary. The village is in the civil parish of St Minver Lowlands about 4 miles (6.4 km) north-west of Wadebridge.
Rock is popular with holidaymakers and in 1881 the hotel was enlarged, a new sea-wall built and a bathing house erected on the beach. In the same year Silvanus Trevail designed and built two large villas. It is now a well-established centre for water sports including dinghy racing, waterskiing, windsurfing, and sailing. Rock Sailing Club’s headquarters, in a converted warehouse on a wharf, is a local landmark. Rock has Cornwall’s highest proportion of second homes in the county.

The Black Tor Ferry operates across the river to the town of Padstow, and this is a major source of tourist traffic through Rock. The early 21st century has seen extensive building work and increased prosperity for Rock, there a large number of holiday homes, as well as a number of retail outlets. Rock is also home to Sharp’s Brewery, a real ale brewery established as an independent in the mid 1990s, but taken over by Molson Coors in 2011 to secure the Doom Bar bitter brand.

Rock has been referred to as ‘Britain’s Saint-Tropez’ and the ‘Kensington of Cornwall’ due to its popularity with affluent holidaymakers. The Daily Telegraph has also called it Chelsea-on-Sea and stated that David Cameron’s favourite beer is brewed there.

Affluent visitors such as Mohamed Al-Fayed and Jay Kay of Jamiroquai often arrive by helicopter.