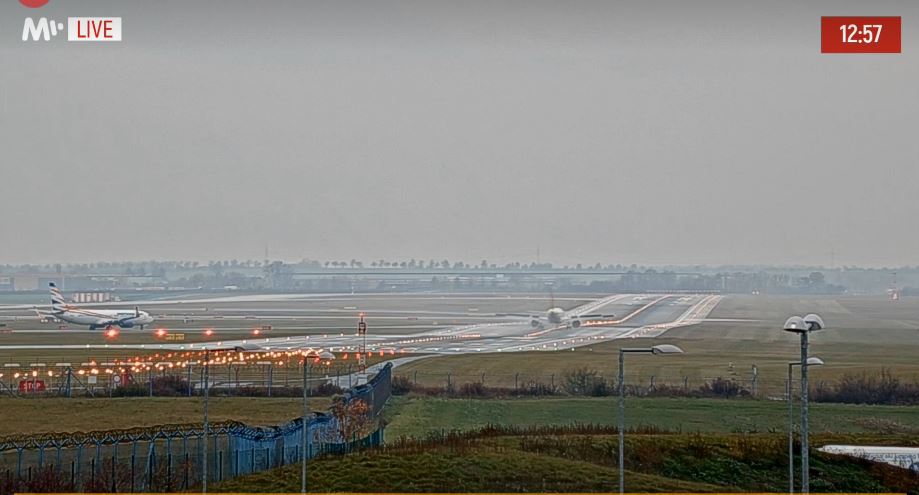 Airport for domestic & international flights, plus an express bus to Prague train station.

Václav Havel Airport Prague is the international airport of Prague, the capital of the Czech Republic. The airport was founded in 1937, when it replaced the Kbely Airport (founded in 1918). It was reconstructed and extended in 1956, 1968, 1997, and 2006. It is located in the edge of Prague-Ruzyně area, next to Kněževes village, 12 km (7 mi) west of the centre of Prague3] and 12 km (7 mi) southeast of the city Kladno.

In 2018 it served around 17 million passengers (expecting 18 million in 2019). It serves as a hub for Czech Airlines and Smartwings, and is also a base for Ryanair.

His educational opportunities having been limited by his bourgeois background, Havel first rose to prominence as a playwright. In works such as The Garden Party and The Memorandum, Havel used an absurdist style to criticize communism. After participating in the Prague Spring and being blacklisted after the invasion of Czechoslovakia, he became more politically active and helped found several dissident initiatives, including Charter 77 and the Committee for the Defense of the Unjustly Prosecuted. His political activities brought him under the surveillance of the secret police and he spent multiple stints in prison, the longest being nearly four years, between 1979 and 1983.