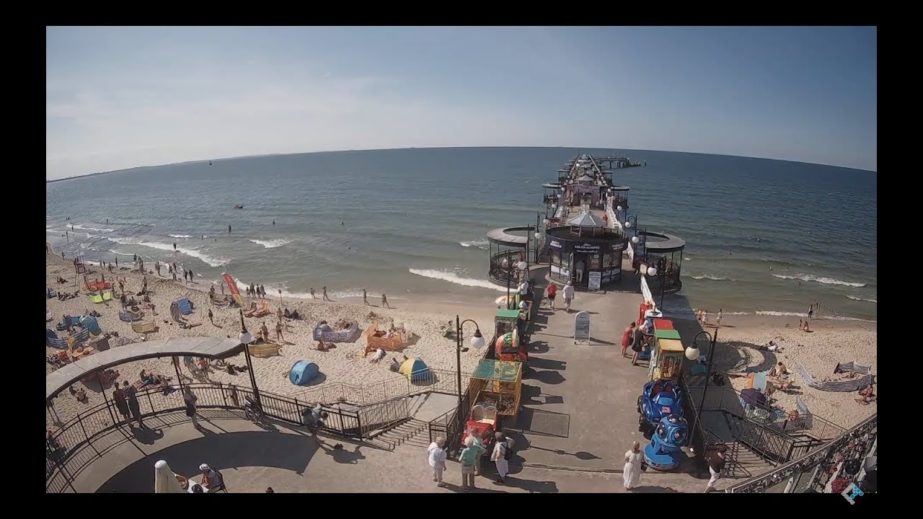 Międzyzdroje is a town and a seaside resort in northwestern Poland on the island of Wolin on the Baltic coast. Previously in the Szczecin Voivodeship (1975–1998), Międzyzdroje has been in Kamień Pomorski County in the West Pomeranian Voivodeship since 1999. Międzyzdroje has a population of around 5,500 (2016). The town is often referred to as The Pearl of the Baltic. It is situated between wide sandy beaches with high cliffs and the forests of the Woliński National Park (which includes a bison reserve). Międzyzdroje has a spa climate and is rich in tourist services.