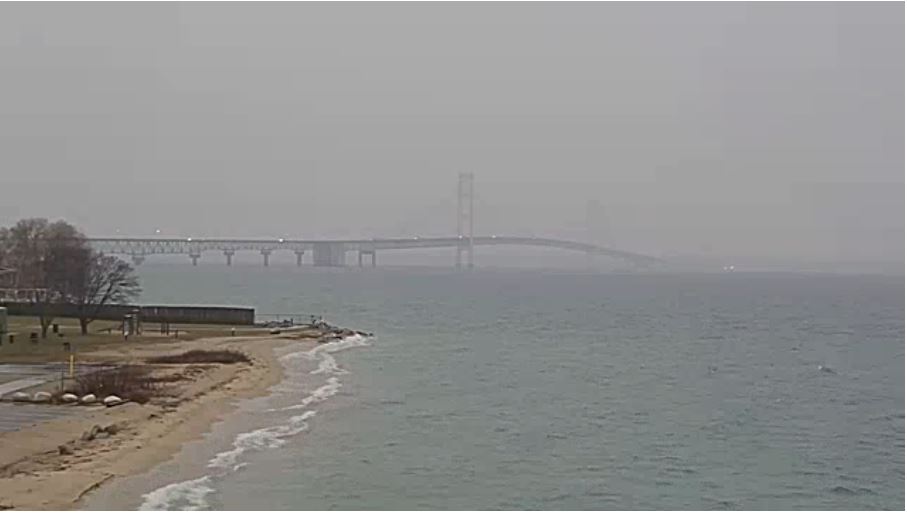 Mackinaw City is a village in Emmet and Cheboygan counties in the U.S. state of Michigan. The population was 806 at the 2010 census; the population surges during the summer tourist season, including an influx of tourists and seasonal workers who serve in the shops, hotels and other recreational facilities there and in the surrounding region. Mackinaw City live webcam is at the northern tip (headland) of the Michigan’s Lower Peninsula along the southern shore of the Straits of Mackinac. Across the straits lies the state’s Upper Peninsula. These two land masses are physically connected by the Mackinac Bridge which is visible from the live camera, which runs from Mackinaw City north to St. Ignace. Mackinaw City is also the primary base for ferry service to Mackinac Island, located to the northeast in the straits.

According to AAA’s 2009 TripTik requests, Mackinaw City is the most popular tourist city in the state of Michigan. Local attractions include Fort Michilimackinac, the Mackinac Bridge, the Mackinaw Crossings shopping mall, Mill Creek, the Old Mackinac Point Light, the Historic Village, the McGulpin Point Light, and the retired US Coast Guard Icebreaker Mackinaw.

The official name of the community is “The Village of Mackinaw City” and as that suggests, it is a village by state law. Mackinaw City is governed by the General Law Village Act, Public Act No. 3, of 1895, as amended. The downtown district and much of the development lie within Mackinaw Township, Cheboygan County, but the larger portion of the village by area is in Wawatam Township, Emmet County, which borders Mackinaw Township to the west.