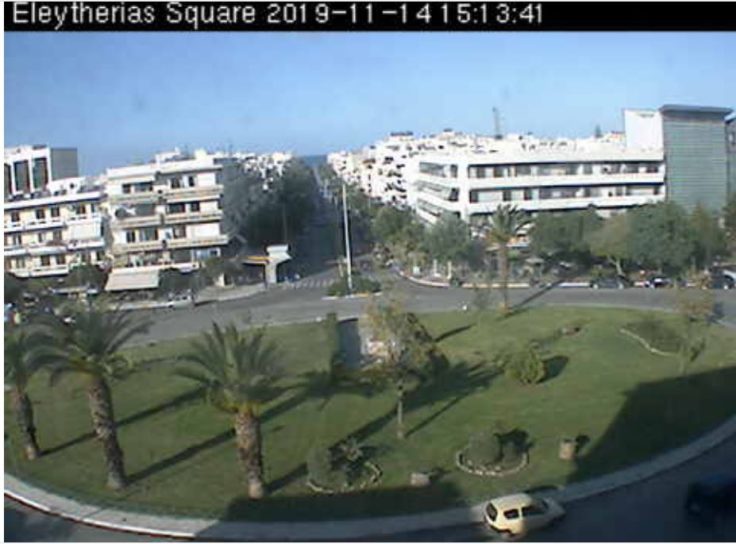 The free space where Eleftherias Square lies today was used in the Venetian period as a training ground for the Venetian mercenary army, and was called Campo Marzio or Piazza d’Armi. When the St George Gate was built in the 16th century, the square was renamed St George Square.

Heraklion, also known as Iraklio, is a port city and the capital of the Greek island of Crete. It’s known for the Palace of Knossos, just outside the city. The huge archaeological site dates back thousands of years to the Minoan civilization, and includes frescoes and baths. Guarding the city’s Venetian port is the 16th-century Koules fortress. Heraklion Archaeological Museum has a large collection of Minoan art.