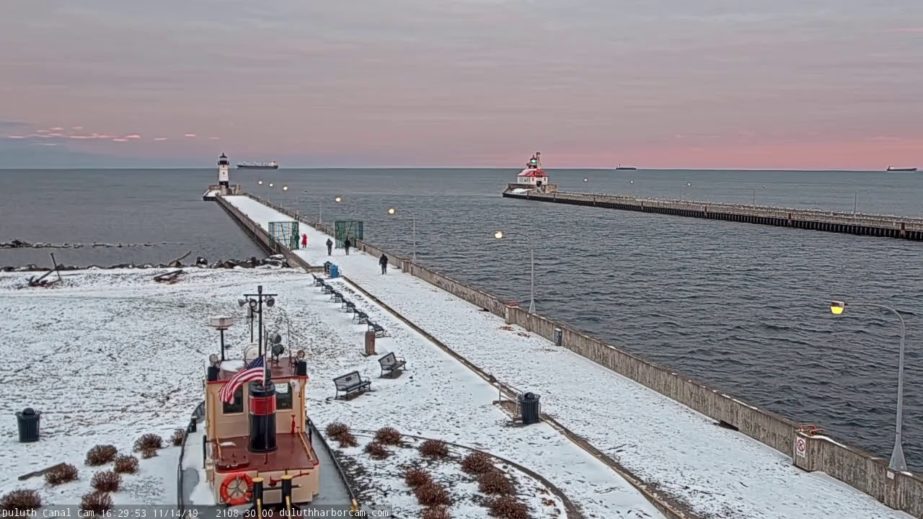 The Duluth Ship Canal is an artificial canal cut through Minnesota Point, providing direct access to Duluth harbor from Lake Superior. Begun privately in 1871, it was put under federal supervision and maintenance several years later. It is still an important component of the harbor facilities.

In its current configuration, the canal is defined by a pair of breakwaters 1,720 feet (520 m) long and 300 feet (91 m) apart, constructed of concrete set on timber and stone cribbing. The canal is maintained at 245 feet (75 m) wide and 28 feet (8.5 m) LWD, allowing passage of ocean-going ships. Three lighthouses are placed on the sides of the canal: the Duluth North Pier Light and the Duluth South Breakwater Outer Light mark the lake ends of the canal, while the Duluth South Breakwater Inner Light functions with the south breakwater light as a range light. At the harbor end, the canal is straddled by the Aerial Lift Bridge which connects Minnesota Point to the rest of the city. On the north side, there is a building housing the local Corps of Engineers administration, as well as the Lake Superior Maritime Visitor Center. There are no locks; most ships transit the canal under their own power, though tug service is available in case of adverse weather. Around a thousand vessels a year ship from the Duluth–Superior port.