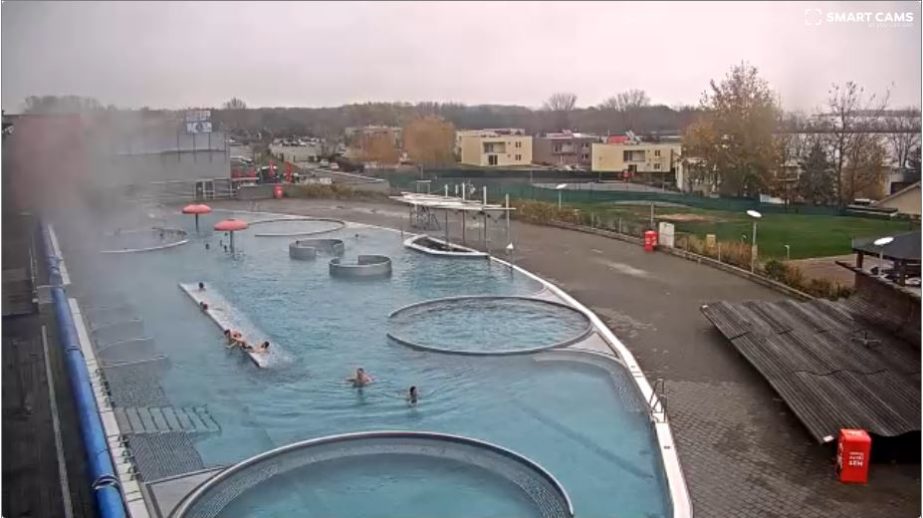 Water park on the site of Roman baths, with geothermal water, plus saunas & wellness amenities.

Moravia  is a historical region in the Czech Republic (forming its eastern part) and one of the historical Czech lands, together with Bohemia and Czech Silesia. The medieval and early modern Margraviate of Moravia was a crown land of the Lands of the Bohemian Crown (from 1348 to 1918), an imperial state of the Holy Roman Empire (1004 to 1806), later a crown land of the Austrian Empire (1804 to 1867) and briefly also one of 17 former crown lands of the Cisleithanian part of the Austro-Hungarian Empire from 1867 to 1918. During the early 20th century, Moravia was one of the five lands of Czechoslovakia from 1918 to 1928; it was then merged with Czech Silesia, and eventually dissolved by abolition of the land system in 1949.