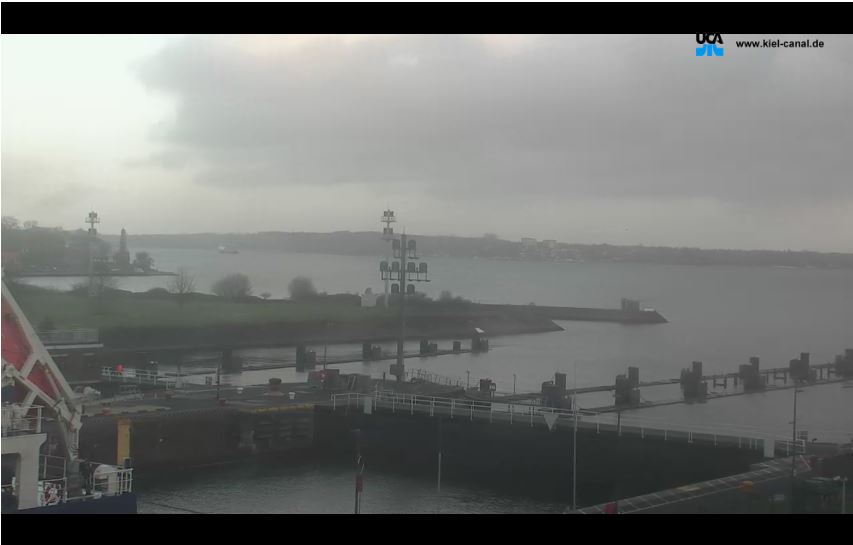 Kiel Holtenau Live Cam ( Danish : Holtenå ) is a district of Kiel.  Holtenau is located at the end point of the Kiel channel at the Kieler conveyor ( Baltic Sea ) and is known for its great locks for seagoing vessels and as the location of Kieler airport . North of Kiel-Holtenau is the Olympic port in Kiel-Schilksee .

Holtenau’s landmarks include the locks and canal, the Holtenau lighthouse and the Tiessenkai. Another popular building is the canal packing house. The Holtenau high bridges are unmistakable, but no longer show the peculiarities of the first canal high bridge by Friedrich Voß , of which only the smallest remnants remain.