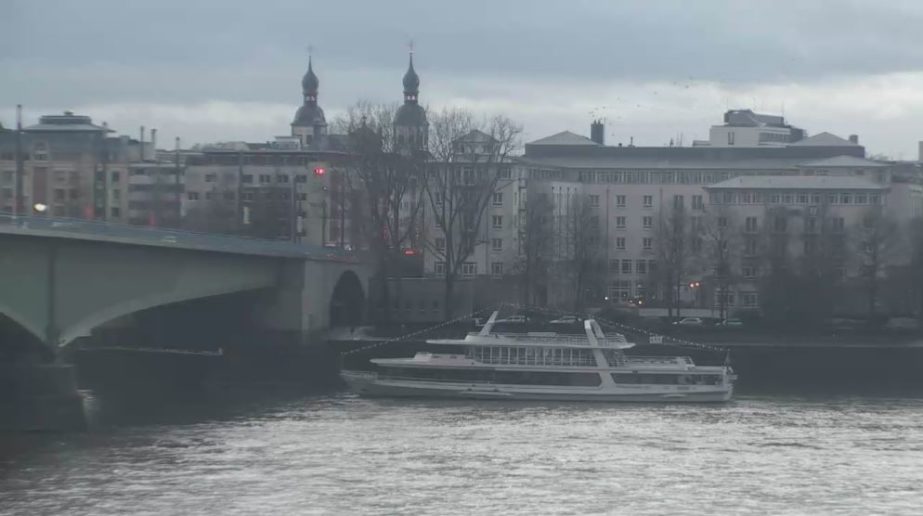 The Kennedy Bridge live cam (German: Kennedybrücke) is the middle of Bonn’s three Rhine bridges (North, Kennedy and South bridge), connecting the city center of Bonn on the left side with the town center of Beuel (which was incorporated into Bonn in 1969) on the right side. The second Reconstruction, which began in 2007, was finished in July 2011.

In 2003, heavy corrosion damages were found below the sidewalks. According to another report in September 2005, the sidewalks were completely blocked for safety reasons and the city’s Council decided the reconstruction and widening at the earliest possible moment. Subsequently, the funding of the 40 million Euro has been guaranteed.