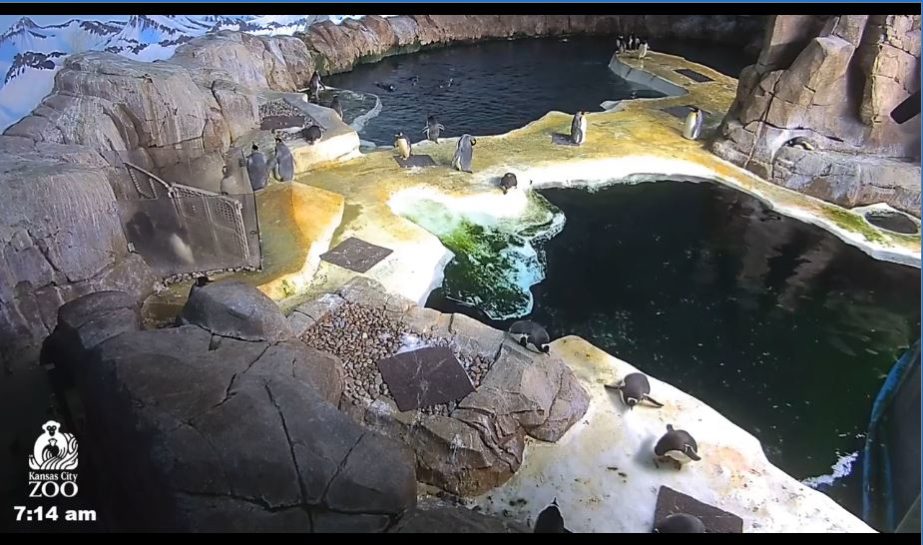 Kansas City Zoo live cam,  is a 202-acre (82 ha) zoo founded in 1909. It is located in Swope Park at 6800 Zoo Drive Kansas City, Missouri, in the United States. The zoo has a Friends of the Zoo program. It is home to more than 1,300 animals and is an accredited member of the Association of Zoos and Aquariums (AZA).

In 2008, the Kansas City Zoo was voted one of America’s best zoos. It was ranked number one in the nation for “African Animals and Exhibits,” with the authors, Allen W. Nyhuis and Jon Wassner, praising its 95-acre (38.4 ha) Africa exhibit as representing five nations with “one of the most extensive collections of African animals we’ve ever seen.” The Zoo was also ranked among the top 10 in the nation for “Australian Animals and Exhibits” and for “Pachyderms: Elephants, Rhinos, Hippos”. In addition, the authors re-quoted famed ape expert Jane Goodall’s compliment that Kansas City has “one of the finest chimpanzee exhibits in North America.” “America’s Best Zoos 2008” ranks the Kansas City Zoo as the number one zoo in the nation for viewing both chimpanzees and kangaroos.