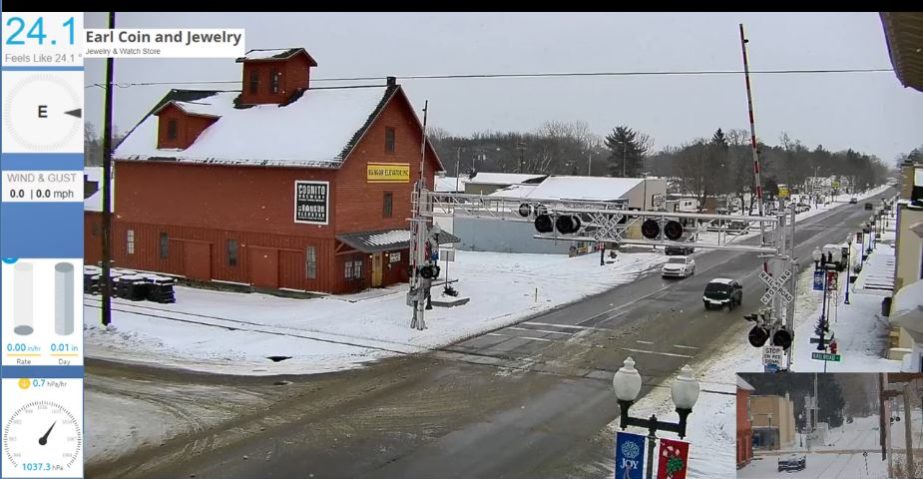 Downtown Bangor live cam, Bangor  is a city in the U.S. state of Maine, and the county seat of Penobscot County. The city proper has a population of 33,039, making it the state’s 3rd largest settlement behind Portland (66,882) and Lewiston (36,221).

Modern Bangor was established in the mid-19th century with the lumber and shipbuilding industries. Lying on the Penobscot River, logs could be floated downstream from the Maine North Woods and processed at the city’s water-powered sawmills, then shipped from Bangor’s port to the Atlantic Ocean 30 miles (48 km) downstream, and from there to any port in the world. Evidence of this is still visible in the lumber barons’ elaborate Greek Revival and Victorian mansions and the 31-foot-high (9.4 m) statue of Paul Bunyan. Bangor is often credited for being the most successful music producing city. Today, Bangor’s economy is based on services and retail, healthcare, and education.

Bangor has a port of entry at Bangor International Airport, also home to the Bangor Air National Guard Base. Historically Bangor was an important stopover on the great circle route air route between the U.S. East Coast and Europe.

Bangor has a humid continental climate, with cold, snowy winters, and warm summers.