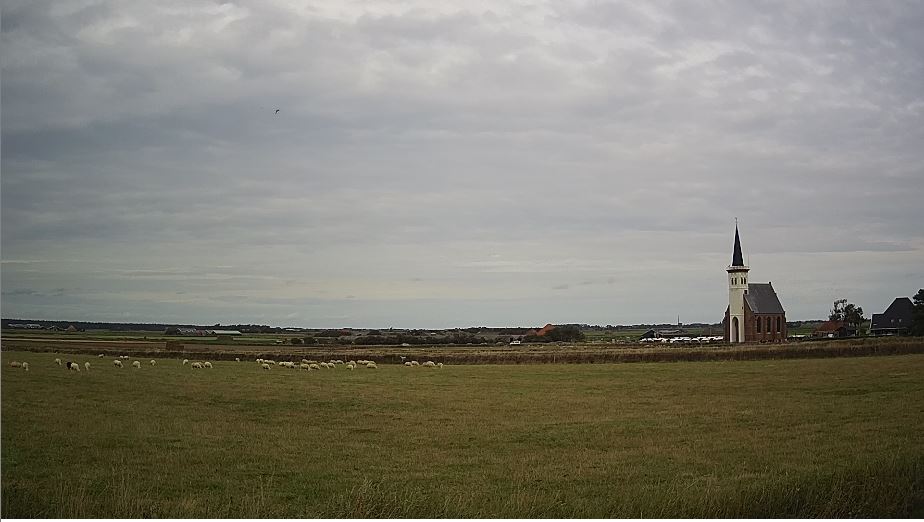 Den Hoorn is a village in the Dutch province of North Holland. It is a part of the municipality of Texel, and lies about 9 km north of Den Helder.
A prominent feature outside the modern core of the village is the white (Dutch reformed) church, built in the fifteenth century to replace a wooden chapel demolished in 1409.

The new church was ready in 1425 and 25 years later received a tower which would later also serve as a beacon. The three signal beacons for shipping were replaced only in 2008 by a modern tri-colour signalling device featuring oscillating green light on one side, an oscillating red light on the other side and a white light in the middle.