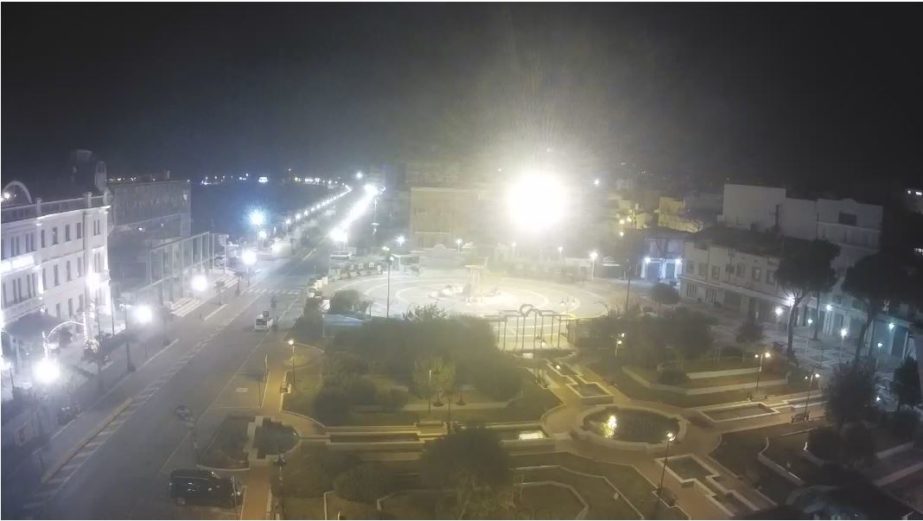 Cattolica Fountains Live Cam. Cattolica is a town and comune in the Province of Rimini, Italy, with 16,233 inhabitants as of 2007. Archaeological excavations show that the area was already settled in Roman times.

Cattolica rose as a resting place for pilgrims who traveled the Bologna-Ancona-Rome route, on their way to the sanctuary of Loreto or to St. Peter’s in Rome. In 1500 it counted more than twenty taverns and inns. Only from the second half of the 19th century did the fishing industry became relevant in the economy of the town.

One of the first notable visitors to Cattolica’s beach was Lucien Bonaparte, brother of the French Emperor, who preferred it to noisy Rimini, in 1823. The town became an independent commune in 1896.

After the end of World War I the tourism industry became predominant.