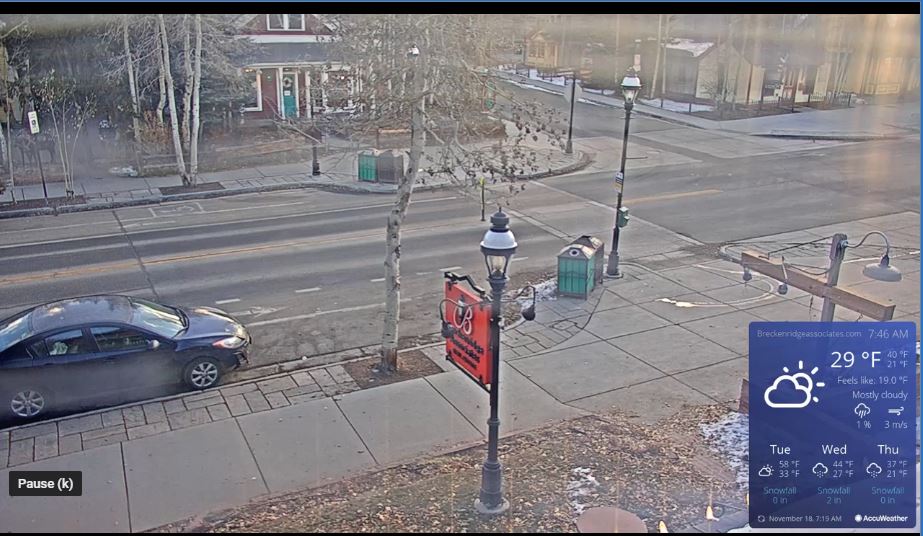 Breckenridge is a Home Rule Municipality that is the county seat and the most populous municipality of Summit County, Colorado, United States. The town population was 4,540 at the 2010 United States Census. The town also has many part-time residents, as many people have vacation homes in the area. The town is located at the base of the Tenmile Range.

Since ski trails were first cut in 1961, Breckenridge Ski Resort has made the town a popular destination for skiers. Summer in Breckenridge attracts outdoor enthusiasts with hiking trails, wildflowers, fly-fishing in the Blue River, mountain biking, nearby Lake Dillon for boating, white water rafting, three alpine slides, a roller coaster, and many shops and restaurants up and down Main Street. The historic buildings along Main Street with their clapboard and log exteriors add to the charm of the town. Since 1981, Breckenridge hosts the Breckenridge Festival of Film in September. In January each year since the 21st century there is a Backcountry Film Festival. That is held about the same time as the Ullr Fest, a week of celebrating snow and honoring the Norse god Ullr. There are many summer activities, including an annual Fourth of July parade.