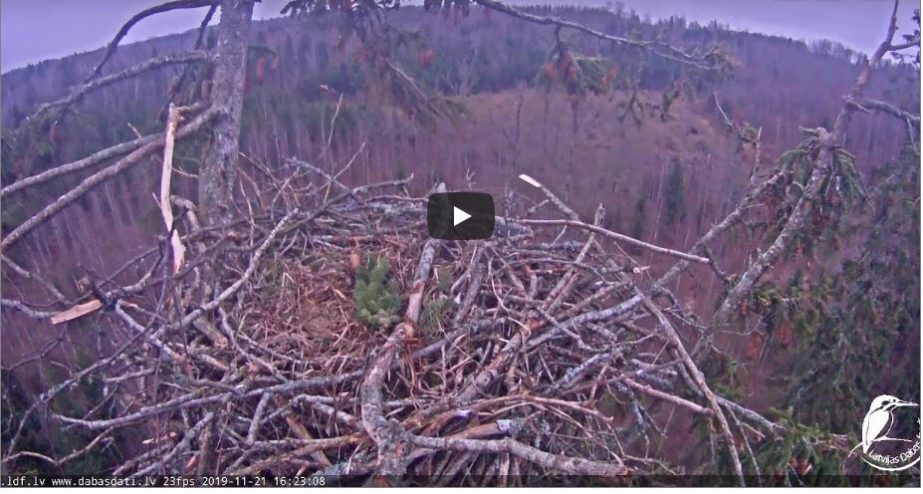 This amazing nest cam is streaming white-tailed eagles and is located in western part of Latvia in Durbe County.

Durbe is a town in Latvia. Durbe was first noted in 1260, when the Battle of Durbe occurred near Lake Durbe. Town rights were granted to Durbe in 1893 and confirmed in 1917. Durbe manor served as the headquarters of a German brigade in 1917. Town coat of arms was granted in 1925 – a silver apple tree.