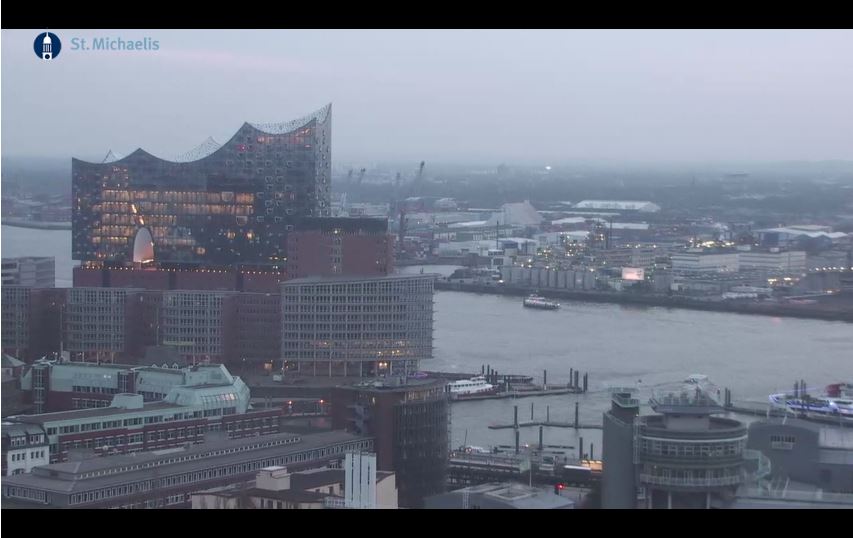 St. Michael’s Church live cam (German: Hauptkirche Sankt Michaelis), colloquially called Michel (German: [ˈmɪçl̩]), is one of Hamburg’s five Lutheran main churches (Hauptkirchen) and one of the most famous churches in the city. St. Michaelis is a landmark of the city and it is considered to be one of the finest Hanseatic Protestant baroque churches. The church was purposely built Protestant unlike many other Hamburg churches which were originally built by Roman Catholics and were converted to Protestantism during the Reformation. It is dedicated to the Archangel Michael. A large bronze statue, standing above the portal of the church shows the archangel conquering the devil.

The 132-meter high Baroque spire totally covered with copper is a prominent feature of Hamburg’s skyline, and has always been a landfall mark for ships sailing up the river Elbe. From this live webcam you get a stunning HD view of the city