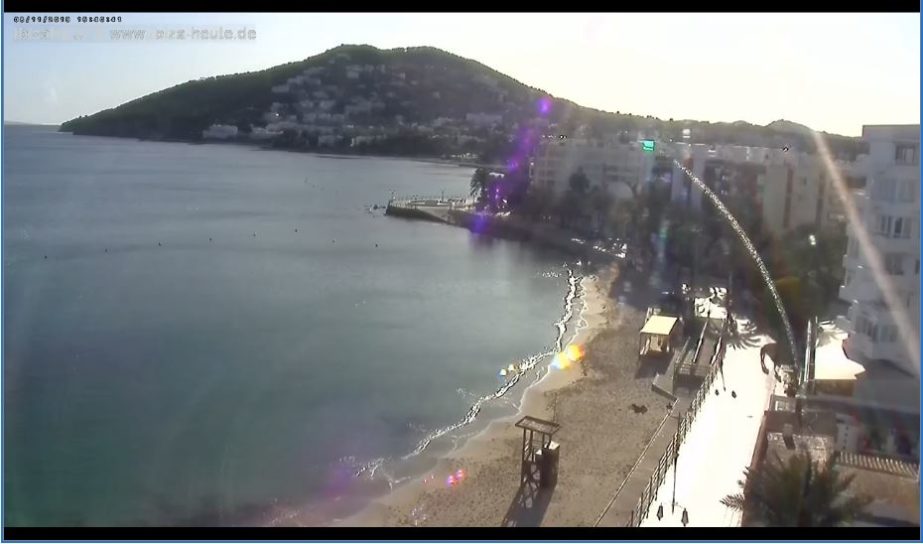 Santa Eulària des Riu is a town on the east coast of Ibiza, one of Spain’s Balearic Islands. Overlooking the town is the whitewashed Puig de Missa, a fortified church complex with a watchtower. Nearby, the Ethnographic Museum houses traditional island artifacts in an old farmhouse. Craft stalls often line Paseo de S’Alamera, a tree-lined street. The main square, Plaça d’Espanya, is home to the colonnaded town hall.

Ibiza is a Spanish island in the Mediterranean Sea off the eastern coast of Spain. It is 150 kilometres (93 miles) from the city of Valencia. It is the third largest of the Balearic Islands, an autonomous community of Spain. Its largest settlements are Ibiza Town (Catalan: Vila d’Eivissa, or simply Vila), Santa Eulària des Riu, and Sant Antoni de Portmany. Its highest point, called Sa Talaiassa (or Sa Talaia), is 475 metres (1,558 feet) above sea level.

Ibiza has become well known for its association with nightlife, electronic dance music, and for the summer club scene, all of which attract large numbers of tourists drawn to that type of holiday. Several years before 2010, the island’s government and the Spanish Tourist Office had been working to promote more family-oriented tourism, with the police closing down clubs that played music at late night hours, but by 2010 this policy was reversed. Around 2015 it was resumed.

Ibiza is a UNESCO World Heritage Site. Ibiza and the nearby island of Formentera to its south are called the Pine Islands, or “Pityuses”.