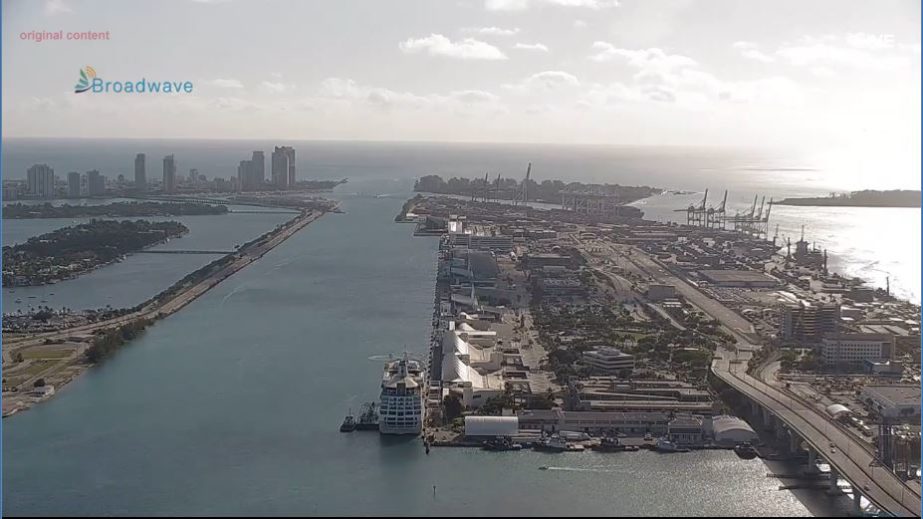 PortMiami Live Cam, formally the Dante B. Fascell Port of Miami, is a major seaport located in Biscayne Bay in Miami, Florida. It is the largest passenger port in the world, and one of the largest cargo ports in the United States. It is connected to Downtown Miami by Port Boulevard—a causeway over the Intracoastal Waterway—and to the neighboring Watson Island via the PortMiami Tunnel. The port is located on Dodge Island, which is the combination of three historic islands (Dodge, Lummus and Sam’s Islands) that have since been combined into one. It is named in honor of 19 term Florida Congressman Dante Fascell.

As of 2018, PortMiami accounts for approximately 334,500 jobs and has an annual economic impact of $43 billion to the state of Florida.