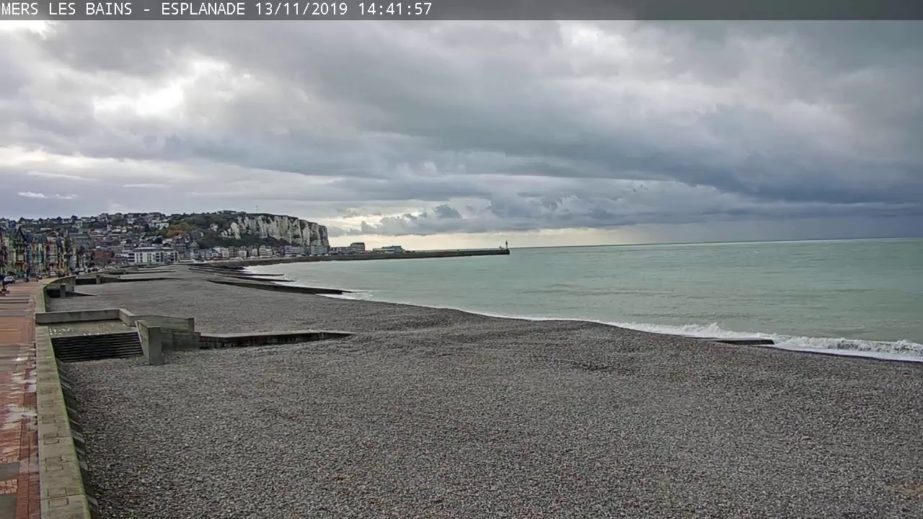 Mers-les-Bains is a commune in the Somme department in Hauts-de-France in northern France.

The commune is situated on the D1015 road, some 25 miles (40 km) west of Abbeville, Mers-les-Bains faces the English Channel near the mouth of the river Bresle, on the border between Picardy and Normandy. This ‘bathing station’ (seaside resort) has both pebbles and sand (at low tide) on the 1 kilometre (1 mi) beach and high chalk cliffs. With its neighbouring towns Eu and Le Tréport so close by, it appears as one large conglomeration. They are collectively known as the ‘three sister-towns’ (les trois villes soeurs).”

Much of the older part of town developed in the heyday of seaside bathing, during the latter part of the 19th century. As a consequence, the fine villas that were developed in those times are now subject to preservation orders. Any refurbishment must be in the same materials and colours as the original work. No plastic doors or roller shutters are allowed.