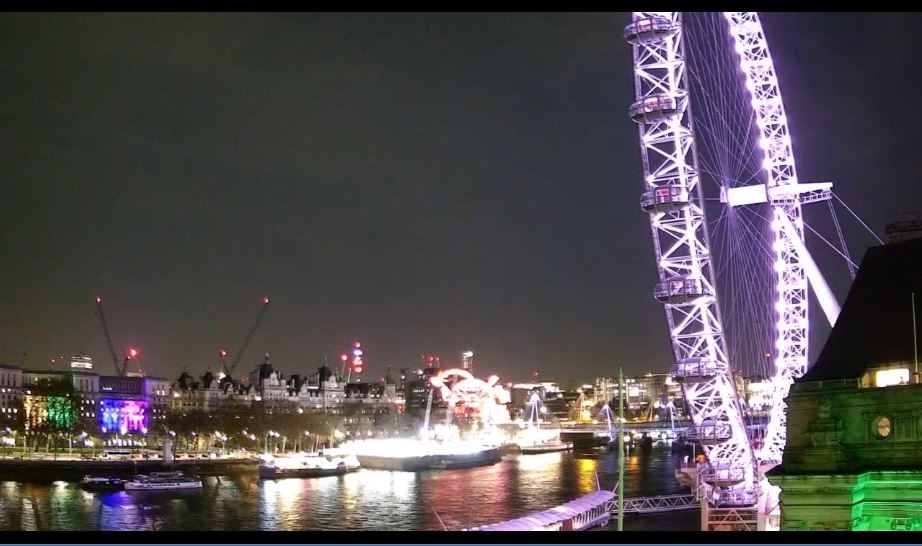 London Eye Live Cam, the Millennium Wheel, or simply just the London Eye, is a cantilevered observation wheel on the South Bank of the River Thames in London. It is Europe’s tallest cantilevered observation wheel, and is the most popular paid tourist attraction in the United Kingdom with over 3.75 million visitors annually, and has made many appearances in popular culture.

The London Eye used to offer the highest public viewing point in London until it was superseded by the 245-metre-high (804 ft) observation deck on the 72nd floor of The Shard, which opened to the public on 1 February 2013.

The London Eye adjoins the western end of Jubilee Gardens (previously the site of the former Dome of Discovery), on the South Bank of the River Thames between Westminster Bridge and Hungerford Bridge beside County Hall, in the London Borough of Lambeth.