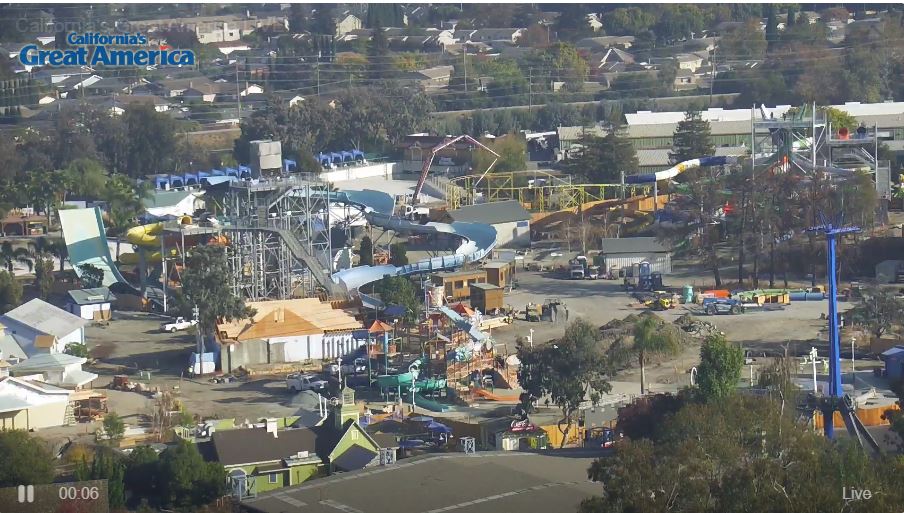 California’s Great America is a 100-acre amusement park located in Santa Clara, California. Owned and operated by Cedar Fair, it originally opened in 1976 as one of two parks built by the Marriott Corporation. California, a western U.S. state, stretches from the Mexican border along the Pacific for nearly 900 miles. Its terrain includes cliff-lined beaches, redwood forest, the Sierra Nevada Mountains, Central Valley farmland and the Mojave Desert. The city of Los Angeles is the seat of the Hollywood entertainment industry. Hilly San Francisco is known for the Golden Gate Bridge, Alcatraz Island and cable cars.