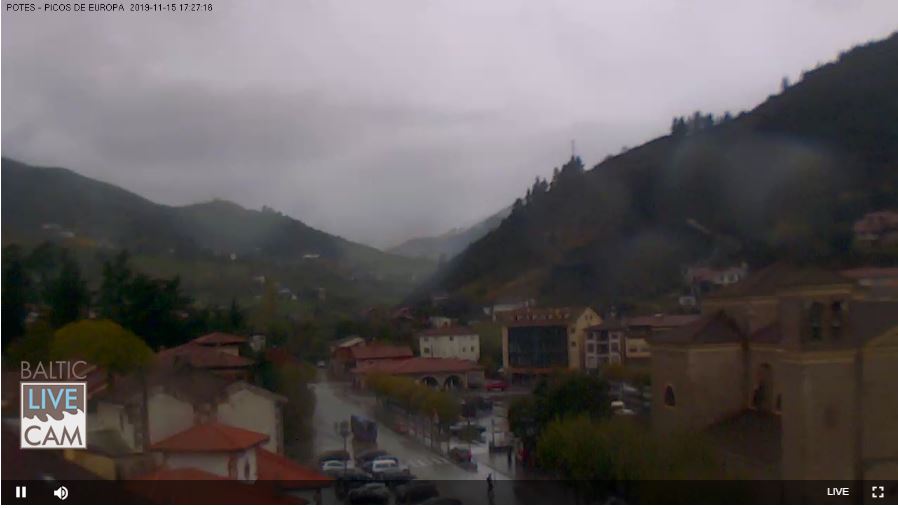 Live Cam Spain, Potes is a municipality in the autonomous community of Cantabria in Spain. It is the capital of the Comarca of Liébana and is located in the centre of it. It is bordered to the north by Cillorigo de Liébana, to the west by Camaleño, to the south by Vega de Liébana and to the east by Cabezón de Liébana.

Cantabria is an autonomous region on Spain’s north coast. Santander, the capital, is a port on the Bay of Biscay, known for its long, curving El Sardinero Beach, and Cabo Mayor lighthouse. In the forested Cantabrian Mountains, Picos de Europa National Park has hiking trails and ski areas. The thousands of caves in Cantabria include El Soplao, with unusual stalactites and sheets of calcite hanging from the roof.